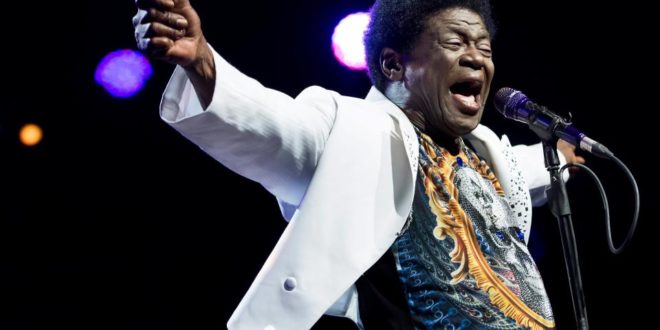 This past Saturday, Charles Bradley, often dubbed the Screaming Eagle of Soul, had lost an otherwise optimistic, year-long battle against stomach cancer. The Gainesville-bred, Brooklyn-based singer was 68 years old, having achieved a belated, yet well-deserved ride of success since his 2010 career acclaim.

Back in May, a revitalized Bradley itched to make his return to the stage following the completion of treatments, which followed a huge international tour. He stated in a comment to the press, “I am so grateful for my beautiful fans and touched by all the love and support they showed me through my crisis and time of sickness,” adding, “They truly lifted me up and kept me going. I am honored and glad to be back and am going to give you all of my love.” Although the tour ended prematurely on September 16th, Bradley played his final show at the prestigious Rock in Rio festival in Rio De Janeiro, Brazil.

The roots of Bradley’s resurgence stretch back to 1996. His mother, Elizabeth, who had previously abandoned him when he was eight months old, requested he move into her Brooklyn project home where they successfully reunited. Bradley held down steady gigs at the time as a seasoned James Brown persona, Black Velvet. Donning an afro wig and black cape, his foundation of credibility was laid as far back as 1962, at age 14, after seeing Brown perform at the Apollo.

By 2002, Bradley was discovered performing by Daptone Records co-founder and producer Gabriel Roth, whose label specializes in capturing the authenticity of classic soul music dynamics. Roth would initiate collaboration between Bradley and his future producer, Tom Brown. Several standalone singles were released over an eventful lapse, Bradley fronting numerous bands including Sugarman & Co., the Bullets, the Gospel Queens, and the Menahan Street Band.

As 2010 hit, Bradley became the support act and close friend of Daptone label mate Sharon Jones, who had also risen from similar relative obscurity around this time. A live studio performance with the Menahan Street Band on New York City alternative music station WFUV would accentuate the buzz around Bradley. Host Rita Houston held sparse Q&A sessions with him in between the set. When asked whether this success had turned things around for him despite a hard road, Bradley seemed grateful.

“I thank God for answering my prayer. I’d ask myself why it took so long, but you can never question God when you want to do things. So, at my late age, it’s just started coming. I’ll say one thing. Before I leave this Earth and God says, ‘Well done, son.’ I’ll know I’d done my job.”

The band would proceed to play a sold out show at Beacon Theater, even before the release of his debut album, No Time for Dreaming. Upon its release early the following year, the album received placement in Rolling Stone’s 50 Best Albums of 2011, and was eventually the subject of the acclaimed documentary, Charles Bradley: Soul of America, which detailed the events leading to the album’s release.

“I don’t know how many artists who have ever been 62 years old and released their debut record. He may be the first,” says Menahan Street Band guitarist Tommy Brenneck. Neal Sugarman of Sugarman & Co. follows: “The guy’s just getting it going as far as I’m concerned.” Capping those sentiments, Roth acknowledges Bradley’s longevity: “He’s been working hard for a very long time,” adding, I hope that enough people hear him sing so he can live the kind of life that he wants, and take care of his family.”

Indeed, even amidst his newfound recognition, he remained close with his mother, visiting her when given the chance, and taking care of her in the process. “He’s my baby boy and I love him. On Valentine’s Day, he bought me a box of candy. And as sweet as that candy is, that’s how sweet my baby is,” Elizabeth beamed during her appearance in the documentary. Bradley’s definitive album, 2016’s Changes, was titled as such, not only for having done the Black Sabbath song absolute justice, but further addressing the dark turns in his life. While “Heartaches and Pain” from his sophomore album, Victim of Love, centered on the murder of his brother Joseph three years prior, Changes especially alluded to the passing of his mother the next year. Like Charles, Elizabeth’s passing was also on a Saturday. Jones had expounded on the closure in a Facebook post:

“He had a show that night too, and he went and did his show. And guess what? When he left the house to go do the show, his mom was older aged and she died in the house. I heard her body was still there—he had to leave his mother’s body to go do the show. I was proud of him. I told him, ‘be strong, do what you gotta do.’”

She adds, “He took such good care of her. And at least she got to see him become a star.” A star had Charles Bradley become by all accounts, and will continue to be forever.

Check out his poignant cover of “Changes”:

I come from a family who is passionate about all things music. I learned to sing at an early age, and by 13, had my very own Fender Strat guitar. I tried my hardest at learning all that I could. Because I was born with cerebral palsy, I had to teach myself an adaptive playing style. I learned to write and record my own music, despite these difficulties. In college, I started making great use of my writing abilities by reviewing music, as well as copy editing. I guess it's best to stick with what you know, while welcoming a fair challenge at the same time.
Previous Gallery: Company of Thieves at House of Blues in Chicago, IL 9/22/17
Next Lord Conrad Touch The Sky (Official Video) 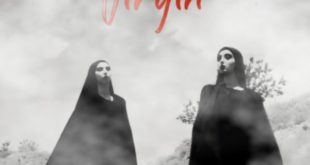