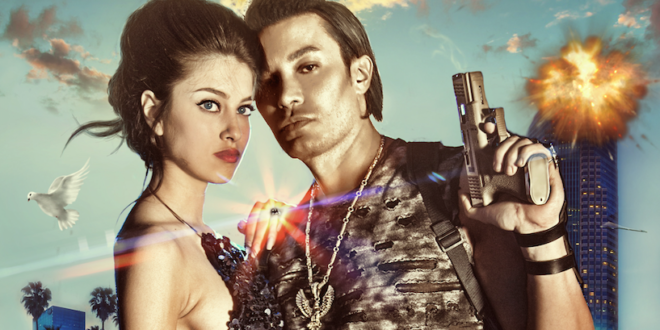 Sensational Italian Singer and Model, Lord Conrad continues to send the shockwaves of worldwide impact with the release of his new official music video titled ‘Touch the Sky’.
The latest music single is now available to buy and listen on all digital stores, including iTunes, Google Play, yandex Amazon & SoundCloud.

The single is very hot right now and has been featured on several international radios n tv, as the fans are going crazy with this amazing music and sensational video.

Lord Conrad is a symbol of glamour, sex appeal, fashion, style and most importantly music.

He is one of the fastest rising stars of the 21st century with a global popularity and this popularity is increasing worldwide each day as he is getting featured on international media outlets and magazine.

The new video has been filmed in the Rome, and it is almost like a short film is a flawless blend of action, sex, glamour, gangster fashion, love and most importantly, the epic music by the Lord of Music.

‘I am very thankful to my fans for this amazing reception and global response to this new music video worldwide.’ said Lord Conrad while talking about his new official music video in a recent interview.

‘After putting everything on the line for this video and single, I am pleased to see the overwhelming response from the fans.’ He added.

The video is about me fighting a gang of hot girls and the fans are calling it the most epic 4 minutes clip of the decade.

The singleís new video has everything including some of the craziest fights, guns, action, sexy outfits, muscle cars of the 1970s and 80s and much more,
Gabriel Cash is the director of this video and he has blended originality with creativity like never before in this video.

Conrad has been depicted as a symbol of glamour in this video with styling and profiling that has been loved by the fans. His cutoff sleeves, rings, 17k diamonds Gold Rolex, gun-diamonds belt and all the other epic tools of style make this a unique creation overall.

From sex to glamour and action to adventure, the video has everything for everyone who loves music and innovation.

‘This song is for everyone and when I say everyone, I mean anyone with any cultural or religious background.’ Said Lord Conrad while talking about the new single and video.

‘We have proudly accomplished this with a great amount of hard work and I am glad to see it all paying off with the response we are getting.’ He added.

Lord Conrad has been modeling, dancing and doing public relations events at clubs throughout Milan, the world fashion capital for the past 10 years.

According to the artist himself, he chose music because itís a good way to express oneself while encouraging others who listen to the music to embrace the positive messages he’s sending out.
Touch The Sky has reshaped the way music gets reception worldwide and it has broken the traditions of popularity and reception among the fans. From Italy to the US and even among the Asian fans, the new single has reached heights of popularity among the fans like no other.

Stephen Vicino is the founder of MusicExistence.com. He created this site to give talented musicians a voice and a way to be discovered.
@@svicino
Previous Charles Bradley: Budding Soul Icon (1948-2017)
Next DOPE Announces Release of Retrospective Collection