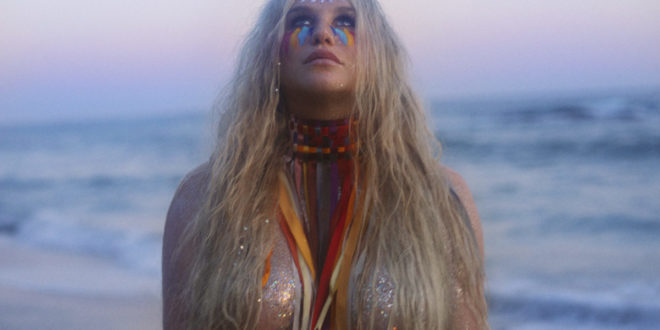 Kesha will perform new songs from her highly anticipated album Rainbow (out August 11 from Kemosabe Records/RCA Records) for the first time on tour, as well as her previous global hits.

“My new album Rainbow is dedicated to my fans. And I’m so excited to be able to invite you all to come boogie with me on my new ‘Rainbow Tour’,” says Kesha. “I would not have made it to this point without my animals and supporters so now come out and join the celebration with me.”

Rolling Stone, Billboard, and The LA Times hail the songs from Kesha’s first album in five years as a triumphant return. Slate lauds “Praying” as “a testament to the strength she says she wants to inspire in others.” Kesha has released two other advance tracks from ‘Rainbow’: “Woman” and “Learn To Let Go.”

Fans will get an additional look into the music of ‘Rainbow’ with an intimate private live performance by Kesha taking place at YouTube Space LA, streaming on Wednesday, August 2nd via YouTube.com.

Tickets to the “Rainbow Tour” go on sale to the public Saturday, August 5th at 10AM local time at KeshaOfficial.com. A Kesha fan presale begins at 10AM local time on Thursday, August 3. Fans can get a chance at first access by listening to and sharing tracks from the new album ‘Rainbow’: tnspk.co/KeshaRainbowPresale