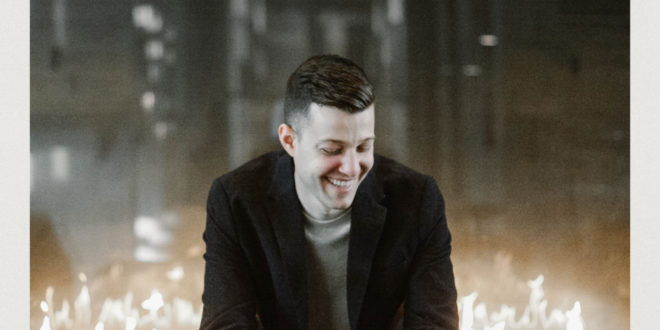 The journey of being a singer-songwriter is one Dylan Dunlap is nailing down and enjoying the ride. What began as a love for film scoring has transformed into cinematic tracks that fill the soul with light and love. Dunlap’s warm vocals are infectious as he spills his guts. Some might recognize him as a familiar face on season 8 of The Voice. Others may recognize him as a performer on the streets of downtown Burbank. Since his debut, Dunlap released his first album Things Become Thoughts in 2016. He released the four track Feels Right At Home EP June 2nd that brings hope for the better days.

Dylan Dunlap is a young man full of integrity, drive, and transparency, making himself available to his fans 24/7. His mission as a mental health advocate has become astonishing so far, donating 100% of digital proceeds from the Feels Right At Home EP to the PSA Behavioral Health Agency in Phoenix, AZ. There’s no doubt his efforts will go unnoticed as he connects with fans all over the world. Music Existence had the chance to catch up with Dunlap while he was on the road of his “I Don’t Have A Booking Agent So I Just Booked Myself” tour, which you can check out here.

What begins as a gentle, stripped down self-titled track, “Feels Right At Home” slowly grows substance with funky electric guitars. The song blossoms into a beautiful ballad as the chorus blooms with a huge piano ensemble. The track fits the title perfectly and has a homey feel, almost like a tune you’d break down and jam to while rocking on a porch in the countryside. Dunlap sings, “This freedom’s like no other/ And I’m seeing bright new colors” while sending the message that it’s okay to take some time for yourself and be alone. There’s no shame in needing to recoup and process thoughts and/or feelings. “I’m no cast away, but I’ll wash away alright.”

Dunlap found a way to turn his lost feelings into a heartfelt song in “Uncharted Land.” This track reflects stepping outside of your comfort zone and not being afraid to ask for help. He recognizes his faults as he sings, “I’m just a sentimental sinner / I’ve sifted through dust.” It isn’t long before he turns to the listener in a more meaningful sense. “There is no need for small talk without inspiration / …I want to be the one to call for a thoughtful conversation / We can talk forever through the night and into the sun.” The bass compliments the subtle tambourines, while the bridge is a little ghostly. A ray of “Oohs” give a ‘lost in the woods’ effect as Dunlap exclaims “I don’t know where I am.”

“Purpose” is a softer piano track that could come off as a hymn with the background vocals. One could say there’s a Jason Mraz influence for this song. Dunlap described the inspiration behind the song:

“Every song comes out of inspiration of catching myself in the act of thinking a way that I don’t want to think. When I preach love and positivity , I talk about all these things in lesson, I’m telling myself them as well. So with “Purpose,” it’s inspired about being an artist in Los Angeles, and comparing yourself to everyone you meet, and how detrimental that can be for your mental health. If you’re to use a race as a metaphor as far as music career, that song dives into the idea of what if you just stop, and stand still for one moment during that race to appreciate where you are, your family and your friends , and honestly the accomplishments that you have.”

The final song “Bleed The Same” gives off a jazzy vibe as it starts with isolated vocals and snaps. Feathery light drum taps and smooth guitar licks creep in with a swaying tempo. Dunlap’s authenticity bleeds through as he sings “It’s better to be kind then to always be right / To love is so divine if we run to the light.” It’s rejuvenating to here such a positive message. The uplifting and freeing track shows Dunlap’s genuine hope for the world as he sings, “If we end this phase / It’s another step up for the human race / If we turn the page / It’s a closer chapter to a better day.”