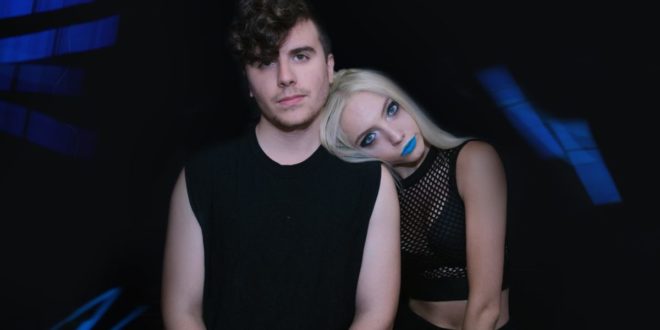 Following the recent release of their fierce sophomore EP Long Live, New York anthem rock band VISTA have announced their first headlining tour, “The Long Live Tour.” Combining both arena and electronic influences to create their anthem rock sound, “Long Live” lyrically focuses mainly on forming an allegiance and finding an ‘oasis’ in a dystopian society. Released just last week, the EP immediately made its’ way onto three different iTunes Alternative charts, including peaking at #10 on the top selling $5.99 albums, and the first date of “The Long Live Tour,” a hometown EP release show, was sold out. VISTA will also be visiting 6 new cities on this tour, including Allentown, Pittsburgh, Nashville, Atlanta, Brooklyn, and Boston, respectively. With this record cycle, VISTA also introduces the creation of The Oasis, a metaphorical safe haven for listeners to find comfort and acceptance in through the band’s music and live shows. About the EP, the band states:

“Growing into our sophomore release, we wanted to expand on our simpler beginnings and create a brand, instead of just being a band. The concept for “Long Live” really stemmed from “Henchmen,” which focused on the idea of fighting against the face of oppression in a politically polarizing society. The words “long live” fight against the image of an apocalypse and also mirror where VISTA currently stands. “Long Live” is the product of a lot of frustration and the examination of current events with one goal; to create a sound and concept that has both flare and remarkable depth. The result is something we are immensely proud of and put forward into the world with hopes that we can all fight against the grain in an increasing dystopian society.”

Conceived in late 2015, VISTA released their debut 4-track EP “VERSUS” shortly after, in which their debut single “On The Brink” debuted worldwide on idobi radio. Their name hasn’t been shy in the press since; the band has garnered praise from outlets such as Alternative Press, Rock Sound, Substream, and AXS. Since the start of 2017, VISTA has supported Fueled By Ramen artist Against The Current at Irving Plaza, sold out their first two headlining shows, was named one of ‘100 Women Kicking Ass In Music” by Alternative Press, and gained rotation on idobi with their January single “Henchmen,” an anti-oppression anthem. “Long Live” serves as VISTA’s sophomore EP, and the band will embark on their first headlining tour, “The Long Live Tour,” in August to promote. “Long Live” is available NOW.