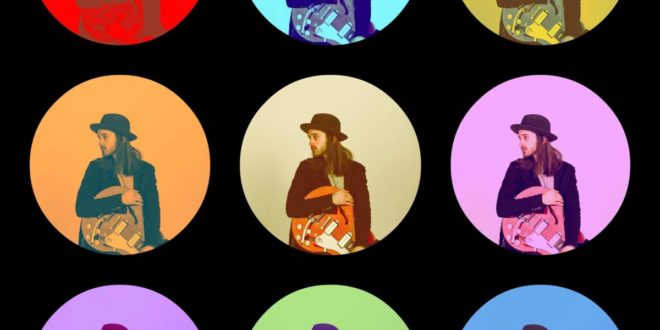 Carter Lou brings rock music back on the map. You can hear the emotion with every lyric and strum, but when you hear about Carter’s background we get an even great sense of the depth to each song. The night before Carter Louthian was to go to college he snapped. Two of his best friends had recently killed themselves a day apart, and his girlfriend just broke his heart. This album is the courageous aftermath of his experience.

With an extremely fitting title, the first single off the album “Do or Die”, is a burst of energy filled with driving percussion and tambourine. We really get the sense that Carter is “moving fast, no slowing down.” His second “Annabelle” is a different story. The tune is a little less driving and a bit more moody in tone. Equally satisfying, however. “Trouble” is arguably the most sensitive track on the album. Having the first half start off with just guitar and vocals followed by the percussion gives the tune great dynamic contrast It is in this tune we get really know Carter’s unique voice.

“If Only My Heart” starts off with piano. We instantly get transported in an almost-religious church setting until the train-beat kicks in and we’re pulled back to Carter’s strong rock roots. Knowing his history, we can only assume this touching song is a tribute to his friends. Carter brings grit in “Evil Game.” If you’re a fan of White Stripes you can hear some of the raw power in this song. He also has an interesting way of singing in a way that’s extremely conversational, this is shown in “Without You.” It really brings out the lyric in “Am I in denial or insane?”- a question I’m sure we’ve all asked ourselves.

Anger is the emotion portrayed in “Insecurities.” His gripping performance will make it impossible to not listen.

Much like any story, Carter ends his with the message with Nothing Left to Lose”. We can only imagine the cathartic process of pursuing music and creating a whole album after such life-changing tragedies, but Carter did it. Carter laid out his soul and the end result is a strong album with something to say.

Stephen Vicino is the founder of MusicExistence.com. He created this site to give talented musicians a voice and a way to be discovered.
@@svicino
Previous California Indie Artist Jan Daley Conquers 2 Billboard Jazz Album Charts in 2 of the Top 10 Chart Positions
Next Josh Taerk Unleashes New Video for “Your Song”