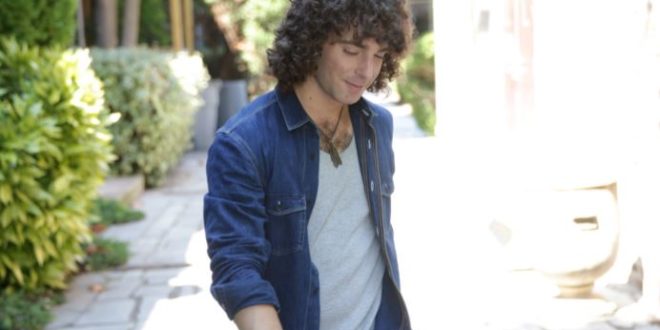 Singer-Songwriter Josh Taerk is currently sharing his new video for “Your Song.”

Josh has an amazing history – he was playing local venues in Toronto when Max Weinberg – drummer for Bruce Springsteen – saw him play. Max was so impressed, he invited Josh to open for him at his sold out show in New Jersey, as well as play with him onstage to pay tribute to the late Clarence Clemons at Summerfest. He was then selected to play the 7908 John Oates Aspen Songwriters Festival, where he met another great mentor and now friend, John Oates who would later record back up vocals on his album and connect him to his producer Teddy Morgan.

This past year, Josh toured the U.S. where his latest single “Anywhere Love Took Us” charted on Hot AC Commercial Radio. On tour, Josh and his band have opened for famed blues guitarist Robin Trower (Procol Harum), Kevin Costner & Modern West, Jon McLaughlin, Austin Jones amongst others; and have played shows from coast to coast. They even headlined a show in his hometown of Toronto this past March.

Stephen Vicino is the founder of MusicExistence.com. He created this site to give talented musicians a voice and a way to be discovered.
@@svicino
Previous Carter Lou & the Project Drop Raucous Debut Album
Next Amber Ryann Releases Underwater Music Video for New Single “For Real”