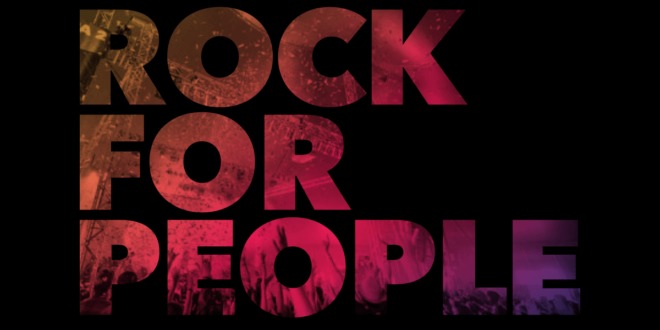 This band are currently cited as the weirdest and most perverse on the circuit, they describe their music as shock therapy, and last year’s Prague performance was one of the fastest selling concerts of the year. Rock for People festival pulls out a high calibre weapon and are proud to announce one of the headliners of this years festival, Die Antwoord.

The trio, Die Antwoord, come from a suburban district away from the main cultural centres of Europe and America, and their roots have worked to transform into an international phenomenon: ¥o-landi Vi$$er, is a spiteful, provocative Barbie with strange taste and an unmistakable voice, and Ninja, the tattooed rapper with the appearance of a guy whos already tried totally everything in his life, are backed up by God (formerly known as DJ Hi-Tek), hidden beside the rack with a generally grotesque mask. They have released a total of four studio albums and thirteen videos, each of them breaking every single taboo in the book.

These are artists who dont pay a lot of attention to prudery, artistic traditions and conventions, ten million Youtube views must say something, right?  Die Antwoord have attracted millions of fans all over the word by their direct approach and by their willingness to speak openly and without scruples in places where its usually silent. They can add humour to an ability to provoke and disquiet, to attack music and coloured opulence.

They also come equipped with an enormous amount of energy and professionalism. “I can think of a few adjectives to the expected performance of Die Antwoord at Rock for People – insane, bizarre, crazy, decadent, nonconformist, strange … but also no doubt about them being great, unique and memorable,” says one of the founders of RfP, Michal Thomes. “The negotiations dragged on endlessly long, the band dealt with a fairly complicated trip across to Spain, but it turned out fine, so we are looking forward to possibly the weirdest performance in the history of the festival.”