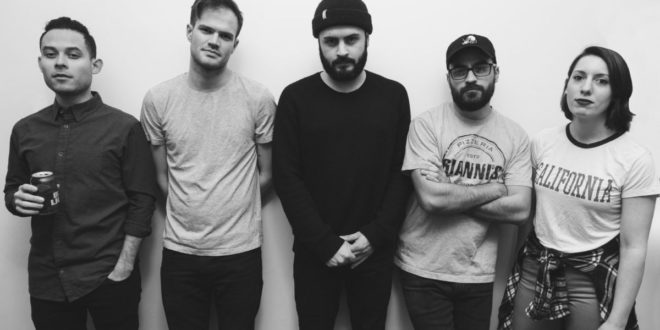 The NJ five piece have only been around since 2015, but announced signing to Pure Noise Records before even playing their first show and were thrown directly into the touring circuit with bands like Moose Blood, Aaron West & The Roaring Twenties, and Set Your Goals, becoming a clear fan favourite last summer.

The album overall is a versatile one, with an aggressive opening track titled “What’s Your Big Idea”, some might think that the band are all heavy drums and dominant noise, but the incredible full length showcases Chris LoPorto’s voice like never before. Fail You Again’s loaded tracks adopt a tempered sound in some areas, with thoughtful lyrics and contagious harmonies elsewhere that are bound to get stuck in your head for weeks.

Carried throughout the album are softer, stand-alone vocals and catchy melodies that have the potential to make the perfect storytelling album this summer, showing pure creative freedom from the get-go that comes with any band yet to refine their sound.

This album is the first introduction fans have to new drummer Andrea Morgan after a change in lineup that Can’t Swim said suited Andrea perfectly.

The first single, “Stranger” gives a sympathetic but comforting atmosphere, but transitions into something more rough around the edges during the chorus and is tied up perfectly with a mesh of the two, fading out with guitar. The 2017 album seems to have continued similar themes from last year’s EP, with anger, friends and loved ones, many of Chris’ songs are full of undeniable emotion. We can’t wait to see what they’ll do next.

You can purchase the new album on iTunes here.