Home / News / Bayside Team with Say Anything for Spring Tour 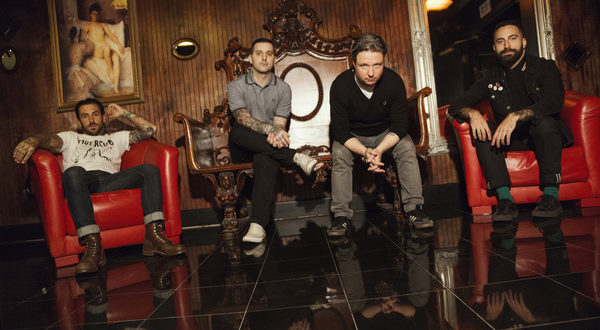 Bayside Team with Say Anything for Spring Tour

Bayside, who released their seventh studio album Vacancy last summer, are partnering with Say Anything for a six-week U.S. Spring tour, which kicks off on April 17 in Houston.

“I’ve been a big Say Anything fan for a long time,” says Bayside vocalist and guitarist, Anthony Raneri. “It’s always a special treat to be able to watch a great band that I’m genuinely a fan of every night when we’re on the road.  Our goal with touring packages these days is to try and tour with bands that we think our fans either will or already do love. We’re always paying attention to what other bands our fans like and what band’s shirts we see at the shows. Say Anything is definitely one band that we’ve known for a long time that our fans would love to see us with”

Bayside and Say Anything will be supported by Reggie and the Full Effect April 17 through May 14, and Hot Rod Circuit will open the tour May 16 through May 27.

VIP meet and greet packages and pre-sale tickets are available now at bayside.shofetti.com and general tickets will go on-sale this Friday, Jan. 13 at 12pm local time at baysidebayside.com.

Vacancy was produced by Tim O’Heir (Sebadoh, Hedwig And The Angry Inch) and recorded during Raneri’s time at a Nashville hotel following the dissolution of his marriage. “I wanted this record to be more about what’s happening to me as opposed to having it be all about a disintegrating relationship,” explained Raneri when discussing the themes behind the 11-song release. Alternative Press said of the album, “the band have fully embraced their theatrical side, creating rock music worthy of filling any arena”, while Magnet described Vacancy as “hook-heavy” and “giant-riffed.”