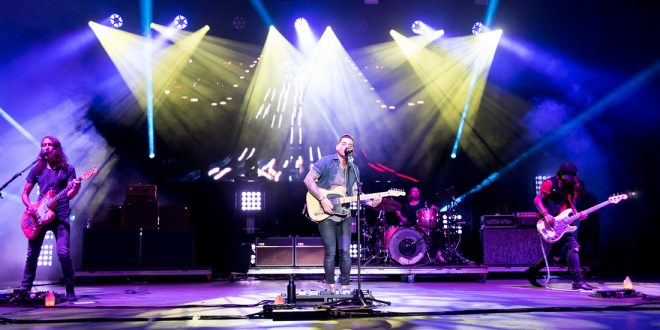 Multi-platinum selling indie rock band DASHBOARD CONFESSIONAL will be returning to their grassroots for an intimate club tour in the New Year. They’ll be hitting the road for twenty-five dates kicking off in Boston at Paradise Rock Club on January 17, 2017 and spanning cross-country to the golden state of California then circling back to Charlotte to conclude at The Underground. More dates are being added to meet the monumental demand, but the shows continue to sell out as fast as they can add them. In tow will be Vinyl Theater.

“I have spent the last year and a half in the studio and we’re very close to finishing a new album,” explains songsmith Chris Carrabba. “I’m very excited about these new songs and the album that we’re making. However, in a very real sense I feel like I can’t make a record without my fans being part of the process. There’s no substitute for the kind of immediate feedback that I get from the crowd when I play new songs. While I love the summer amphitheater experience and playing the old favorites to festival crowds, the place where I have always felt the purest connection with my audience has been in the clubs that I came up in. The venues where I could walk among the crowd and get to know them, the places where we erased the division between the band and the fans. And don’t worry, while I am so excited to share with you some of what to expect from Dashboard Confessional in the year to come, we will absolutely still play the favorites… I hope we all discover some new favorites along the way.”

The band will be mixing new songs into their set list including this unreleased new track “Heart. Beat. Here” that highlights their signature sound.

Previous Editorial: A Welcome Return For Vinyl In The UK
Next Aaron Fontwell released his debut single, “Crystal Coated”