Home / Article / Editorial: A Welcome Return For Vinyl In The UK 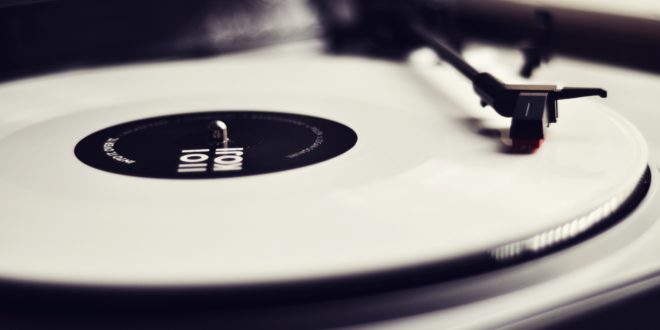 Editorial: A Welcome Return For Vinyl In The UK

In recent years, major companies have created revolutionary new ways in which consumers can download and listen to music. 30 million people have paid for a Spotify subscription, Apple Music has 20 million paying subscribers and platforms such as YouTube allow users to freely enjoy music, alongside visuals. However, 2016 has brought the largely welcomed resurgence of the treasured vinyl record among a surprising demographic. The mass consumers of records aren’t adults wanting to engage upon a nostalgic trip nor is it ageing hipsters, it is in fact teenagers in search of a “new” way to enjoy modern and classic albums. Figures released by the Entertainment Retailers Association (ERA) showed that last week in the UK sales of vinyl overtook that spent on digital downloads for the first time in history. So far, a total of £98 billion has been spent on vinyl this year with £2.4 million of that spent last week. But why is vinyl experiencing this sudden growth among a society where music is so easily accessible?

As a budding teenage vinyl consumer, it has proved difficult to pin point why we all have the urge to own iconic records and new releases. But the truth is numerous factors can be attributed to the mass of sales this year. The ERA has suggested that the surge of sales have been partly due to the increasing accessibility of records. In March 2016, nationwide retailers Sainsburys and Tesco re -stocked 12 inch albums for the first time since the 1980’s. The shops stock the highest grossing albums on their shelves featuring David Bowie’s Blackstar, Adele’s 25 and The Stone Roses self-titled to name just a few. The large supermarkets show-off their records in shop windows, attracting people that don’t usually shop with them. This has amassed millions of pounds worth of vinyl sales from passing customers.

Kim Bayley (chief executive of the ERA) has suggested that last week’s landmark moment is, in part, due to the run up to Christmas. The popularity of consumer items amongst young people is reflected by sales, as parents are rushing to buy their children’s Christmas presents. In the 90’s, it was Lego. But this year it could be vinyl. Vinyl sales have been steadily increasing since 2007. However, last week’s historic moment shows a recent surge in popularity for vinyl.

According to a recent BBC investigation, 7% of those who’ve purchased vinyl don’t own a turntable. So why bother wasting upwards of £50 to own a record you can’t listen to? Kim Bayley says “We have a new generation buying vinyl, lots of teenagers and lots of people under 25, who now want to buy their favourite artists on vinyl and have something a bit more tangible, a bit more collectable. People have become keen to support their favourite artists by buying into that ownership concept. It’s very difficult to demonstrate your love of an artist if you don’t have something to hold on to”. With the rise of social media, in recent years, we are increasingly seeing a move towards individuality amongst a mutual network. This concept has similarities with the trend towards vinyl, as fans buy the records to simply stand out amongst the rest of the fans.

So, are records simply a materialistic means to convey your appreciation of an artist? Some would argue that they certainly are. Vinyl was invented with the idea of recording music directly onto a material. Each groove held a live note from the studio and the format became somewhat of a revelation for the music industry. This concept is still used by artists today, such as with Jack White’s homemade singles. However, most modern records are simply a digital recording placed onto vinyl material by a machine.

Despite the unauthenticity of modern records, the re-appearance of records in our stores is indisputably surprising. Kim Bayley describes the resurgence, saying “It’s not so long ago that the digital download was meant to be the future. Few would have predicted that an album format, first invented in 1948 and based on stamping a groove into a piece of plastic, would now be outselling it in 2016.” As a self-proclaimed record collector, I believe seeing vinyl on the shelves of major stores and seeing so many teens enthusiastic about a traditional music format is something that should be celebrated. No matter how long this trend lasts for, turntables and records will always be in the lives of many music lovers, whether they’re played repeatedly or are sat gathering a coat of dust in the attic, it is a format that will be everlasting.