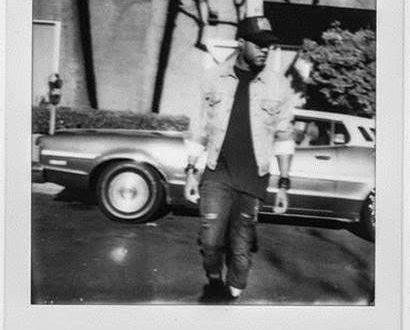 A near-lifelong musician/producer who started self-releasing his own material via mixtapes in eighth grade — and later achieved massive viral success with a series of remixes in the early 2010s —Aaron carved out a unique path as a singer/songwriter: “A few years ago I’d started producing for other people, but I’d get really frustrated when there was no work going on. So I decided to try writing songs, thinking that when the time came I’d find a singer to pitch them to.” Through that self-directed process, Fontwell ended up creating a handful of songs showing his melodic finesse and sonic ingenuity — and, unexpectedly, finding his true voice as an artist. “Crystal Coated” embodies what Fontwell calls “Polaroid music.” In the past year, Aaron began collecting vintage Polaroid pictures and turning the walls of his studio into an ever-growing mural that inspires his music. Also a visual artist, Fontwell created the cover art for “Crystal Coated” from an image taken from his “Polaroid Museum.”

photo based human in nyc and phoenix. sneaking in my camera everywhere I go.
@https://twitter.com/ginabgarcia
Previous Dashboard Confessional Gives Away Unreleased New Song; Adds More Dates As Shows Rapidly Sell Out
Next ROCKFEST 2017