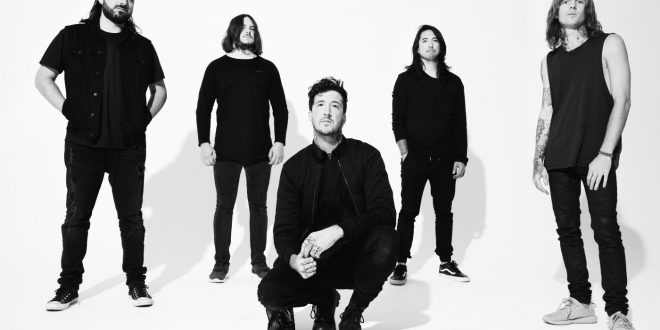 OF MICE & MEN have released “Pain,” the blistering first track and video, directed by Mark Lediard at J6 Films, from their much-anticipated new album COLD WORLD.

Fans can get “Pain” as an instant download by clicking HERE to pre-order COLD WORLD.

COLD WORLD is set for a September 9th release on Rise Records.

Fans can catch the band performing “Pain” as part of their set on the upcoming summer arena tour with Slipknot and Marilyn Manson. The tour, which kicks off this Tuesday & runs through August 27th and will be followed by OF MICE & MEN’s headlining UK tour.  Visit http://ofmiceandmenofficial.com/events  for all dates).

Over the course of the past few years, OF MICE & MEN have shared stages with artists such as Metallica, Linkin Park and Queens of the Stone Age, blanketed rock radio airwaves, garnered critical acclaim, amassed over 20 million YouTube views, over 153 million spotify streams and close to 5 million social media followers on the strength of an blistering sound and live show.

UK Tour dates are as follows