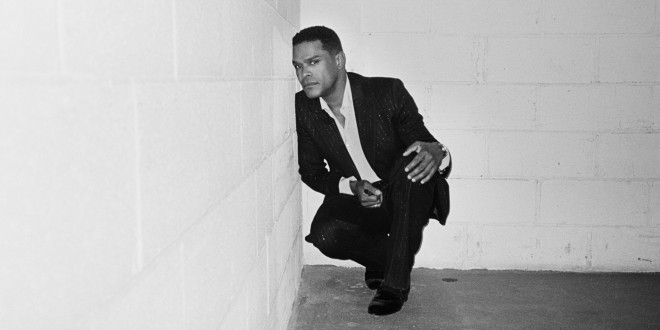 Grammy winning soul icon Maxwell‘s forthcoming album blackSUMMERS’night is available for pre-order now. The eagerly awaited album will be available digitally and physically on Columbia Records on July 1. Fans who pre-order blackSUMMERS’night will receive 2 instant grat tracks from the upcoming release, including the sultry first single “Lake By The Ocean” and “1990x.” As an added bonus, pre-ordering fans will also receive a personalized video from the groundbreaking artist.

Maxwell’s new album is the second installment of a musical trilogy kicked off 7 years ago with the acclaimed BLACKsummers’night. That album debuted at #1, snaring two Grammys and platinum-plus status, setting the stage for the ambitious follow-up. Maxwell is also gearing up for a North American summer tour in support of blackSUMMERS’night, which begins on June 18 in Tacoma, WA (see tour itinerary below), and includes dates in Montreal, CA on July 4, Maxwell’s native Brooklyn at NY’s Coney Island on July 9, Nashville, TN on July 15, before winding down in Jacksonville, FL, on August 7. Maxwell will also be one of the headlining performers at the 2016 ESSENCE Festival, on July 1, in New Orleans, and has a slew of TV appearances on deck, including performances scheduled for the 2016 BET Awards on June 26, Jimmy Kimmel Live! On June 30, and Good Morning America on July 7.

The first single from the new album, “Lake By The Ocean,” is making major waves at radio and drawing widespread critical acclaim, praised by Rolling Stone, Spin, and others (‘ a slow and finely crafted love ballad that makes the most of Maxwell’s absolutely stunning vice…’ hailed Yahoo.) The song is currently #1 on the Urban AC chart with the lyric video nearing a million views (watch here).

The singer/songwriter recorded the new album in New York over the last several years with longtime collaborator/co-producer Hod David, and many of the same renowned musicians he’s worked with throughout his career. His seminal 1996 debut album, ‘Maxwell’s Urban Hang Suite,’ has been enthusiastically commemorated by the music press, recently, marking the 20th anniversary of the genre spawning debut. Credited for redefining classic soul, his debut album earned Maxwell his first Grammy nominations, double platinum status and RIAA gold for the single, “Ascension (Don’t Ever Wonder).” The platinum albums ‘Embrya’ (1998) and ‘Now’ (2001) followed. 2009’s #1 debuting ‘BLACKsummers’night’ was universally welcomed as the inaugural offering of Maxwell’s trilogy, winning two Grammys including Best R&B Album. To date, Maxwell has achieved 13 gold and platinum certifications from the RIAA.

Previous CROWN THE EMPIRE – TO RELEASE NEW ALBUM, ‘RETROGRADE’
Next BAND OF HORSES PREMIERE “WHATEVER, WHEREVER” VIDEO 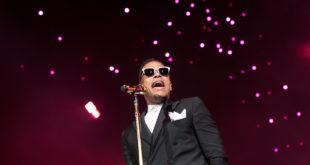 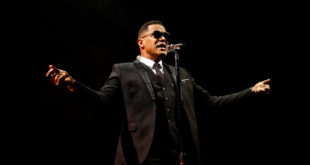