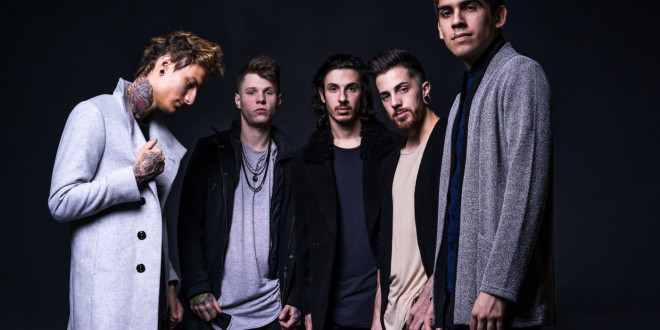 Dallas rock quintet Crown The Empire has announced plans to release their highly-anticipated, 3rd studio album, Retrograde, on July 22nd via Rise Records. The record is available now for pre-order at iTunes and cte.merchnow.com.

Over the last half-decade, Crown the Empire has become a powerful force in the hard-rock arena with their unique style of heavy, yet accessible music. With Retrograde, the band continues their evolution of personal and musical growth for one of their best releases to date.

“This album has been an accumulation of ideas, lessons and observations about who we are as a band and how we see the world. It’s taken 5 years for us to grow and really nail down a sound that doesn’t fit the status quo of what people are expecting from us. We’ve reinvented ourselves and we hope you enjoy the ride.” – Andy Leo (Vocals)

Fans can catch Crown The Empire on the Vans Warped Tour all summer long. Additional information and new music will be revealed in the coming month. Follow the band on Facebook for updates.