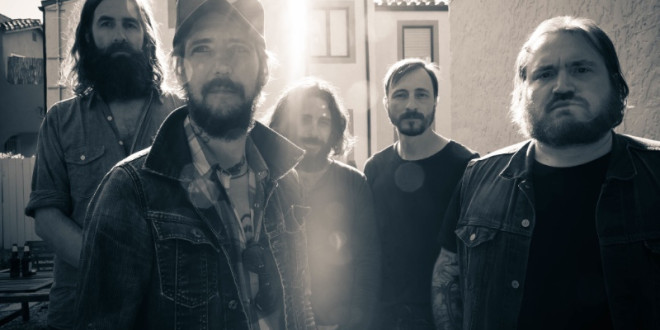 BAND OF HORSES PREMIERE “WHATEVER, WHEREVER” VIDEO

Band of Horses have shared a new track and video for “Whatever, Wherever,” allowing viewers a glimpse into the joy and craziness of family life that served as inspiration for the song. Shot entirely on 16mm film, the video is an intimate modern day home movie scored by a heartfelt ode to the people whose love and inspiration can be heard and felt in every note of Band Of Horses’ music.

Sonos has premiered the video via their blog.

Sonos’ involvement in the creation of the video was a happy accident. The company was conceiving a campaign around a family-oriented message, focusing on the tradition of passing musical experiences and memories from one generation to the next. With “Whatever, Wherever,” a song that Ben Bridwell wrote for his daughters, Sonos happened upon an anthem embodying love and music shared through family. Sonos joined Band Of Horses for a daylong BBQ/video shoot at Ben’s home in Charleston, SC.

As Band Of Horses gear up for the June 10 release of Why Are You OK—already hailed as “Heartfelt and expansive…ringing, uplifting, country-fried indie rock” by STEREOGUM and full of “Bright, indie-rock gems” per ENTERTAINMENT WEEKLY, the band will be stopping by The Late Late Show With James Corden on June 6th to bring “Whatever, Wherever” to life for the first ever live performance of the heartstring-tugging track.

Band Of Horses then hit the road with many, many more tour dates to be announced. Full list of current dates can be found below.

Tags Band of Horses Music Video sonos Whatever Whenever