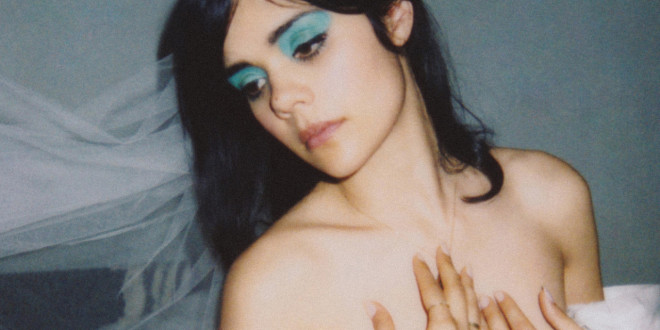 Bat For Lashes – aka multi-instrumentalist and visual artist Natasha Khan – has released the visually striking and heartfelt clip for new single “Sunday Love,” off of her upcoming album, The Bride (out July 1, 2016 via Parlophone/Warner Bros Records). PRESS HERE to watch. This new video continues to expand on The Bride’s chilling story, which chronicles a woman whose fiancé is killed in a crash on the way to the church for their wedding. Shot in the Californian desert at night, the film – created and conceived by Khan and co-directed by John DeMenil – shows The Bride frantically searching for her lost love, only to end up devastated and alone.

Written as the soundtrack with a feature length film in mind, The Bride was created and produced by Natasha Khan alongside a host of long-time collaborators and friends including Simone Felice, Dan Carey, Head and Ben Christophers. During its conception, Khan wrote and directed a short film entitled I Do, making its debut at this year’s Tribeca Film Festival in NYC in April, the themes of which point to the new album. The Bride was created over the course of 18 months in London, Los Angeles, and Brighton. Finally, last Autumn, Natasha headed to the mountains of Woodstock, NY, where she built a studio into the ground floor of a big old house and lived there for two months, finishing the record with co-producer Simone Felice (Lumineers, Felice Bros). The album was mixed by Head in London and mastered at Metropolis Studios.

Bat For Lashes is set to perform The Bride in its entirety to a sold out crowd at Saint Ann & The Holy Trinity in New York on June 1st. This will conclude her exclusive series of intimate church performances, which have garnered rave reviews – including five stars from The Guardian. See full routing below.

PRESS HERE to read what Khan tells Pitchfork about The Bride.