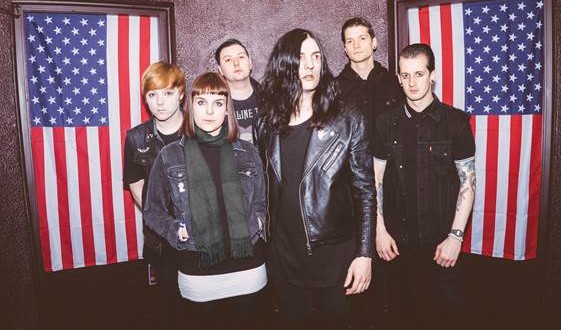 Roadrunner Records group Creeper have announced their first ever North American tour which will see the Southampton band landing in the states this July for a run of headline shows.  The summer trek is set to kick off July 20th at Chicago’s Beat Kitchen and continue through the end of the month where it will eventually wrap-up with a performance alongside The Bouncing Souls at The Stone Pony Summer Stage in Asbury Park on July 29th.  Creeper will then return to the states this September for a festival set at Chicago’s Riot Fest & Carnival set for September 16th-18th (tour itinerary attached). Tickets for all dates are on sale today. For more information please visit, www.creepercult.com.

Creeper’s rise continues with recent nominations for ‘Best Underground Band’ at the 2016 Journeys Alternative Press Music Awards Fueled By Monster Energy and ‘Best British Newcomer’ at this year’s Kerrang! Awards and Metal Hammer Golden Gods.  Furthermore, the band recently premiered an official video for ‘Astral Projection’ taken from their latest EP, The Stranger.  The video – which is streaming now on Creeper’s official YouTube channel – is set to a montage of explosive scenes from their recent sold-out UK headline tour that culminated with a capacity show at London’s Underworld.

Creeper made a striking debut for Roadrunner Records in the UK with the release of their sold-out EP, The Callous Heart, and tours alongside Frank Carter & The Rattlesnakes, The Misfits, and Moose Blood as well as performances at Download Festival and Vans Warped Tour UK.  The Callous Heart is followed by 2016’s The Stranger EP, which highlights Creeper’s penchant for theatrical compositions and brooding punk anthems.  Lead single ‘Black Mass’ was picked as BBC Radio 1’s ‘Rockest Record,’ added to Radio 1’s ‘In New Music We Trust’ playlist, and was chosen as Q Magazine’s ‘Track of the Day.’  The official music video for ‘Black Mass’ is streaming now on Creeper’s official YouTube channel with limited edition pressings of The Stranger on 12″ white vinyl available now at Roadrunner Records webstore.