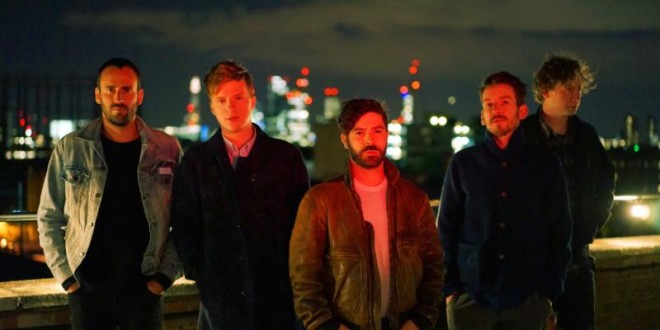 Foals‘ current single “Mountain At My Gates” has reached the No. 1 position on the Alternative Radio chart. This marks the band’s first time topping the chart at the format. Foals’ current album What Went Down (produced by James Ford) was released last August and emerged to the best reviews of the band’s career as it debuted at #3 and commanded a Top 20 chart position for four weeks in the UK. Download or Stream What Went Down Here.

Today Foals announced that that they will be playing with Silversun Pickups for a run of dates to take place this May. These dates will follow the band’s return to the U.S. for the 15-city Spring Fling Rock AF tour alongside Cage The Elephant, Silversun Pickups, and Bear Hands. Spring Fling Rock AF 2016 kicks off in Fresno, CA on March 11, 2016 at Save Mart Center and will wind down on April 1st in Providence, RI at Dunkin’ Donuts Center in Providence, RI. The band will also perform a string of headlining shows and will appear at numerous music festivals, including Coachella, Shaky Knees, Hangout Fest, Edgefest, Panorama Festival, Osheaga Festival, and more to be announced in the coming weeks. See below for a complete list of dates.

Shortly after the release of What Went Down, Foals collected the Q Award for Best Act in the World Today. As 2015 drew to a close, they were then nominated for British Artist of the Year at the BBC Music Awards on an all-star shortlist that also featured Adele, Ed Sheeran, Jamie XX, Florence + The Machine and Years & Years. The rush of nominations has continued into this year too, with four nominations at the recent NME Awards where they triumphed with the title of Best Album. The band was also nominated for their first Brit Award last month for Best Group.

Foals recently completed their biggest UK arena tour to date which included a gargantuan show at The SSE Arena Wembley. The band will propel into rock’s elite with the news that they set to headline the Reading and Leeds Festivals for the first time this summer.