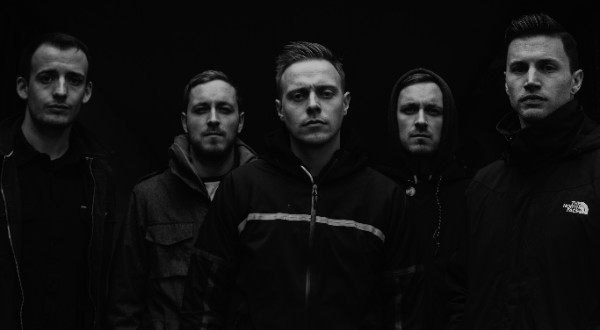 On May 27th, Brighton 5 piece ARCHITECTS will release their hugely anticipated new album All Our Gods Have Abandoned Us through Epitaph Records. First single ‘A Match Made In Heaven’ received it’s debut play last night on the Radio 1 Rock Show (as the Rockest Record), which you can listen to – HERE. The album was mixed and Mastered by Henrik Udd, and produced and engineered By Henrik Udd, Fredrik Nordström and Architects. All programming and electronics by Tom Searle and Dan Searle, and all strings and brass composed by Tom Searle. Look out for the band playing at this years Download Festival on Saturday the 11th June.

In October 2015, the now five members of the ARCHITECTS – frontman Sam Carter, bassist Ali Dean, guitarists Adam Christianson and Tom Searle, plus the latter’s twin brother drummer, Dan – boarded a plane bound for Sweden, and a return to Gothenburg’s Studio Fredman: home to the production team Fredrik Nordstrom and Henrik Udd. It was they who would previously helped realise the bands last album, ‘Lost Forever, Lost Together’, and it was they who would once again be entrusted to help translate the tracks penned by principal songwriter Tom Searle that past summer into a reality. There, they would chew over some of the biggest questions facing mankind, and over seven gruelling weeks, ‘All Our Gods Have Abandoned Us’ – released May 27th – would take shape.

Musically, ‘All Our Gods…’ is the work of a special band “leaving everything we had in the studio”, as vocalist Sam Carter explains, his vocal dexterity embodying a record that pairs uncompromising heaviness and with a melodic heartbeat in a manner so poorly accomplished by many of their peers. It is the heaviest and darkest work to which the band have ever put their name, both on and below its surface. It challenges and progresses a genre long thought to have stagnated, and embraces its inspirations at a time when many rock and metal bands seek to hide them in search of mainstream acceptance.

Yet it is also borne from considered minds filled not by thoughts of being the biggest band in the world, but of making a difference. ARCHITECTS are, for that reason, a band like few others; they are five young men who stand for something, and who posses an intelligence, awareness and spirit that informs the very fibre of their band. The quintet all practice a vegan lifestyle, tour with a consciousness about their footprint on the world, and who devote time and energies to environmental causes. Members of the band have protested embassies and assisted in beach clean-up operations. In 2014, vocalist Sam was announced as an ambassador for ocean preservation charity Sea Shepherd, while representatives from the charity regularly join the band on tour to communicate directly with fans at shows.

The worldwide anger and disillusion encapsulated on these 11 tracks wrestles with contemplations of death, god and faith in search of some semblance of hope for a world increasingly consumed by fear, anger and confusion. This album is ARCHITECTS’ statement of intent to the world, it is time to stand up, take notice and be counted.

‘All Our Gods Have Abandoned Us’ is released worldwide May 27th through Epitaph Records.