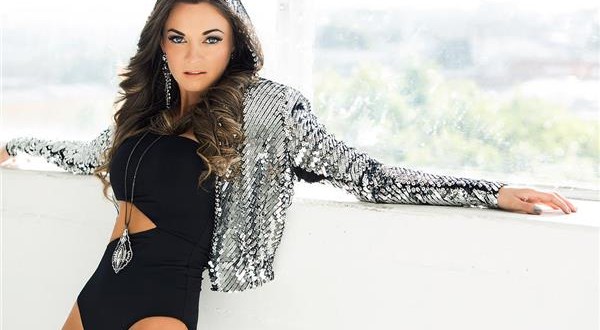 From her base in LA, singer-songwriter Lexxica has declared her bold mission to deliver an experience, not just a song. Lexxica hopes to start this project with the release in February 2016 of her debut single: Hello Friday.

Stage persona counts for a lot in the world of EDM, just as it does in the worlds of rock and pop. Judging by her vivacious publicity photos, Lexxica knows how to have fun and wants others to share her enthusiasm for life. Lexxica has a hot look.
Hello Friday is a harmless song about the liberation from tedium and responsibilities – the advent of the weekend and all the hedonistic fun that can promise. The pity of it is, Hello Friday was so awesome!

Now, it’s fair to say that the world of EDM is packed with talent. Some are at the top, many more are trying to break into that realm.
Lexxica has a head start on her rise to the top. She’s working with some true talent that will help her shine. Her vocal coach is the famous Kim Wood Sandusky – the teacher and mentor behind many Broadway stars as well as Kelly Rowland and Beyonce. Her music producer is Rusty Varenkamp. Rusty’s no slouch. He can boast over a dozen awards (including several Grammy nominations) and has worked on over 100 albums.

With talent like this behind her, can Lexxica fall short? I don;pt think so. She seems sincere and has an avowed vision driving her music. Ellie Goulding and Demi Lovato are cited by Lexxica as her personal musical inspirations. However, Hello Friday seems to owe a greater debt to the energy-rich songs of Ariana Grande than the more soulful work of Ellie or Demi – and this is where I start to get confused about Lexxica’s trajectory. I see her more like an Ellie or a Demi.
Listening to Lexxica’s first single, it’s clear that she has a genuine passion. It’s deep down and it’s fully layers of inspired EDM production techniques. Let’s pause to reflect on the craft and seminal work of Swedish producers Max Martin and Shellback. In their work on, for example, Ariana Grande’s Problem, Max and Shellback show that you can successfully convey up-tempo energy pop themed EDM without either sacrificing clarity or overplaying your technical hand.

The production in Hello Friday is understandably aimed at amplifying and stimulating dance floor energy through the tempo. Rusty Varenkamp had demonstrated brilliant production instincts behind the glass. He has brought out the best of her vocal power and skill as it shines through. Problem topped charts in 50 countries and sold well over 400,000 copies in its first week. It was the dance hit of Summer 2014. It’s those metrics alone, aside from the artistic merit of allowing Lexxica’s talent to breathe, might help convince the world Lexxica is the real deal, thus deserving of more worldwide praise and fame.

Lexxica is currently working with Rusty on an EP which is due for release in the Spring of 2016.