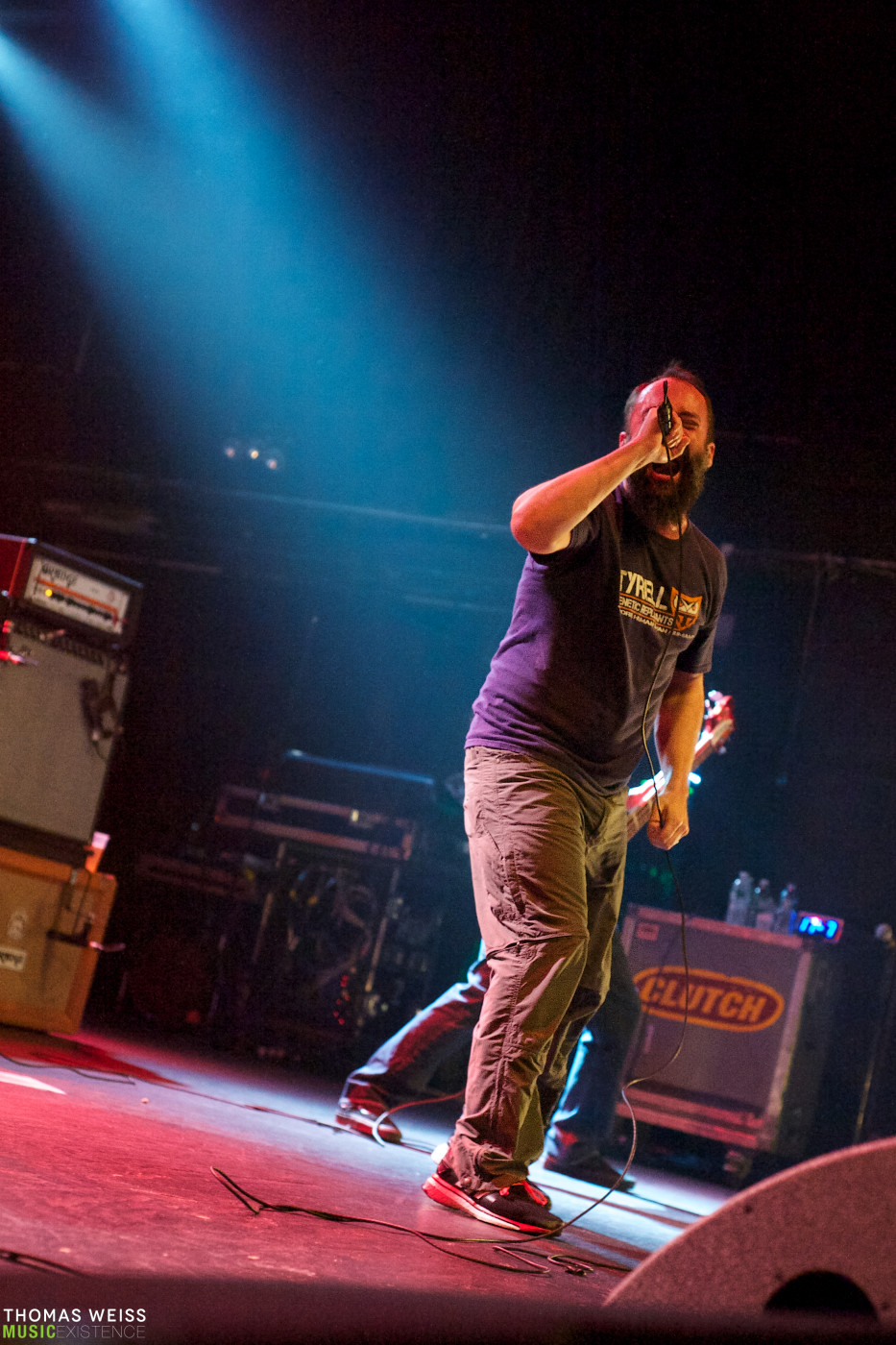 Clutch, touring in support of their 11th studio release, “Psychic Warfare”, finished out the year at Terminal 5 in NYC on 12/29/2015 with a blistering live performance New Yorkers won’t forget. Lemmy had passed away the night before and the non stop Motorhead songs blaring from the PA between sets by Valkyrie and Crobot was welcome by all fans in attendance and completely appreciated.  As “Ace Of Spades” was winding up the crowd, house lights went out and Clutch took the stage surprising everyone with, “House That Peterbilt”, off their 1995 self titled record. Without even a hint of pausing, the band ripped straight into “Mob Goes Wild” turning the already pumped fans into a total frenzy. The show was packed with new material off of “Psychic Warfare” and “Earth Rocker”, while also including a rare performance of “Soapmakers” off of one of their earlier records “Elephant Riders”. Being a fan of Clutch myself, I was ecstatic they included songs such as “Cypress Grove” off of “Blast Tyrant” and “Burning Beard” from one of their bluesier records “Robot Hive/Exodus”.  Over 2,000 New Yorkers had witnessed Clutch at their finest that evening.