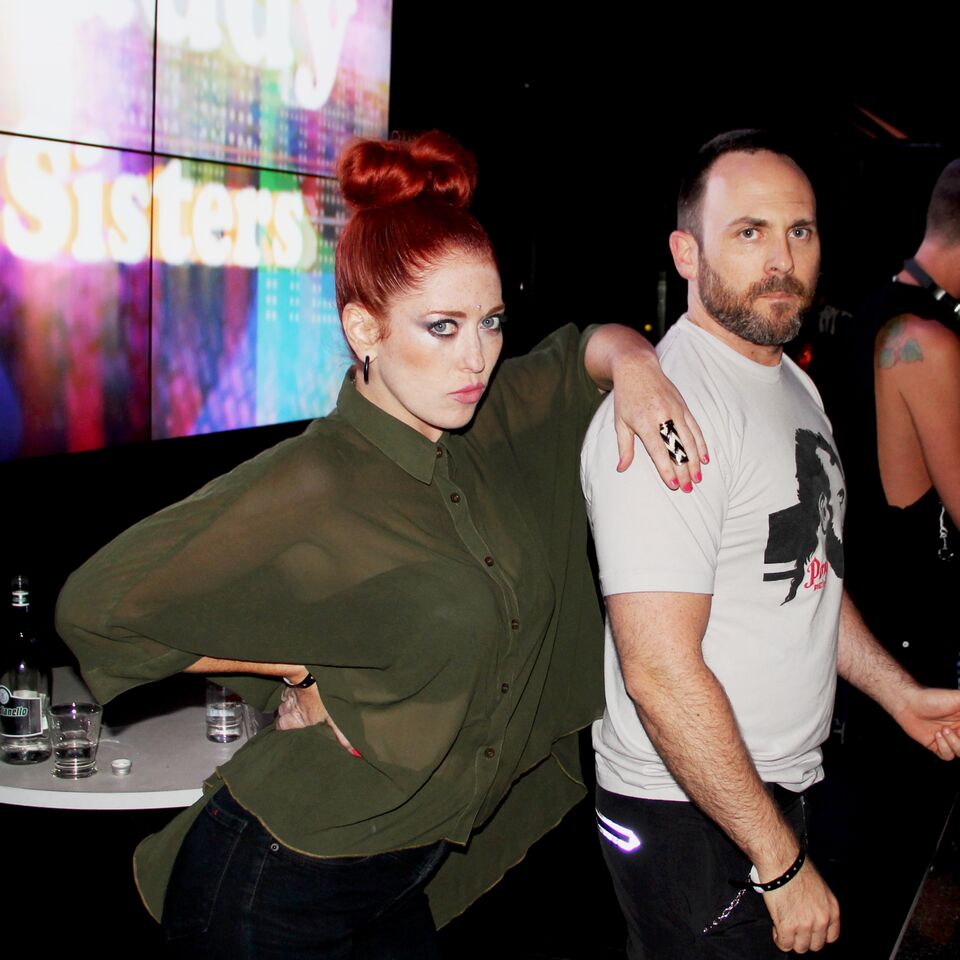 “Scissor Sisters changed my life. Not only did they take me on a worldwide tour with them for almost three years, they showed me what it’s like to be authentic and artistic in the Pop world,” says BRIDGET BARKAN, member of the iconic pop band. “I remember when we were on tour opening for Lady Gaga, I was watching her one night and telling Scott [Hoffman, a.k.a. bassist ‘Babydaddy’] about my dreams for my music and he encouraged me to keep creating.”

What resulted in that seemingly off-the-cuff conversation is Barkan’s emotionally-charged new single “DANGER HEART“– a collaboration with Hoffman – which will be celebrated with a kick-off party at New York City‘s Overthrow New York Boxing Club (9 Bleecker St., New York, NY 10012) on Wednesday, October 7thfrom 8:30pm to 11:30pm. In addition to celebrating the release of the single, it will also signal the world premiere of the video for “Danger Heart” and feature a performance from Barkan. Complimentary cocktails will be provided by Cazadores Tequila. Tickets for the event will be available in advance via Eventbrite here for $10.

Idolator premiered the “synth-filled ballad” which you listen to here:  http://www.idolator.com/7609140/bridget-barkan-danger-heart-listen-babydaddy-scott-hoffman

“Danger Heart” began the moment that Barkan entered the studio with Hoffman. “I walked in with a story inspired by a dear friend and a creative collaborator of mine, Dusty Childers,” she reminisces. “Dusty told me how hard it was growing up in the South as a young gay man… how his father was driving him in their pickup truck and told him, ‘You gotta just make it until your eighteen, then get out of here and never look back’.”  With the framework of the story, Barkan put her words to the music that Hoffman had created. “Scott pulled up a track he had started and immediately I felt melodies and lyrics pour out of me. We finished it that afternoon.”

“After all these years staring at the back of my head on stage, Bridget was finally able to stare at the back of my head in the studio,” laughs Hoffman about the transition from partner in Scissor Sisters to partners in songwriting. “Still, I was lucky enough to hear that beautiful voice on its own. She is a magical creature, a force to be reckoned with. We had so much fun together.”

“The song became a theme not only for my dear friend but for all people from all walks of life, in every corner of the sky, whether gay, straight, black, white, old, young, loving and fighting with our ‘Danger Hearts’,” Barkan continues.

Barkan is a NYC-based singer/songwriter/actress who has toured with world with Scissor Sisters and has performed with Bright Light Bright Light and Slow Knights. She has recorded Top Ten house songs with legendary DJ and producer Todd Terry and has released an album Dear Stranger (self-released). As a child actress, she has appeared in countless commercials and onSesame Street. She has starred in HBO’s Everyday People, Sherrybaby, Redacted, God’s Pocket¸ Steven Soderbergh’s The Knick  and has a recurring role as a one-legged hooker on  Law & Order: SVU. On stage, Barkan has appeared in numerous productions including Dog Sees God and alongside Lea Michelle in a workshop of Spring Awakening.