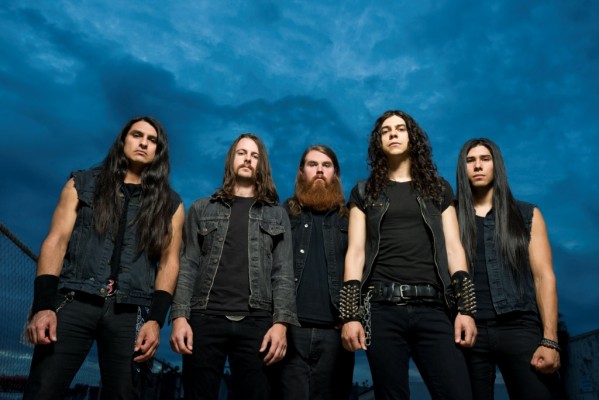 Wrapping paper won’t be the only thing being shredded this holiday season, as the Los Angeles-based powerhouse HOLY GRAIL have announced a series of headlining tour dates in December featuring direct support from fellow West Coast metallians Night Demon! The quintet will round out the tour by joining thrash legends Death Angel for two Christmas shows alongside Flotsam and Jetsam.

The band stated, “One does not simply play Christmas shows with Death Angel and Flotsam and Jetsam without at least a five-show running start. Yule regret missing these winter shows with Night Demon.”

Full dates can be found listed below, and for tickets and/or further information, visit the band’s website.