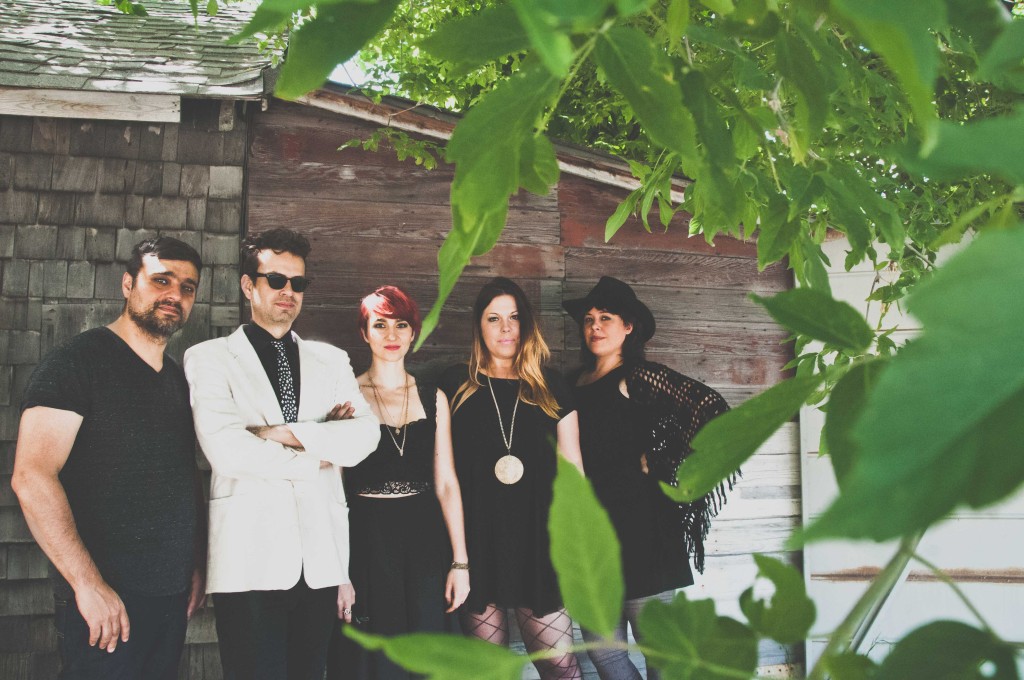 Good things come to those who wait. Nobody knows this better than Winnipeg and Montreal-based band Chic Gamine. A five-year gap between studio albums – one filled with bold adventuring and winding detours – culminates in the release of their third album, Light A Match.

Set for release on October 23rd, the new record is more daring than their previous releases, and shows an amped-up, fleshed-out side of the group – one they say is truer to the vision they originally had for themselves, and one they needed time to evolve into. Check out the teaser video for the driving title track for a taste of the new sound.

To make this record, the band wanted a collaborator to assist in arranging and polishing the songs. They chose Montreal producer/engineer Sébastien Blais-Montpetit (Groenland, Champion, Secret Sun, etc.), to come in and play with texture and feel, pushing performances up a notch, helping the band find its groove and explore the instrumentation they’d added over the last couple of years. Drummer Sacha Daoud and bass/guitar player Benoit Morier make a first-rate rhythm section, and their easy understanding creates something both deep and exciting to listen to. Andrina Turenne, Alexa Dirks and Annick Bremault have one of those rare vocal chemistries, and as ever, it’s those distinct voices that carry the music. You can hear them, the three blending beautifully, and also pick them apart from each other, easily recognizing each characteristic tone and energy, every subtle shift in timbre and volume. Together, they’re unfailingly emotional and stirring.

The group has grown and become more ambitious as songwriters too. Subjects on the record range widely, from the danceable, R&B oriented, “Maybe I Need Some Good Loving,” to the abstract, atmospheric bilingual, “Je tombe (Where I Fall),” Chic Gamine talks love and relationships, boys, daydreams and slowly going crazy. On tracks like the tongue-in cheek “Girlfriend,” they reference their vast experience of meeting ambiguously attached men and the women they’re presumably attached to. The raucous “All Night” dives into the dicey territory of those heart-wrenching 3 a.m. fights, where no one knows up from down or how it even got started in the first place. “I Could Be Your Girl” paints the picture of a girl whose relationship is a figment of her obsessive imagination, while the title track, “Light A Match,” poses primordial questions: What do you do with the spark that is your life? Do you snuff it out or do you blow it into proportions undreamt of? “Follow Through” disarms with simplicity and emotion, and embodies the general self-reflection you sometimes get into when alone in the quietness of a disappointed or post-heartbroken slump. All told, there is an unmistakable sense of coming into one’s own on this record.

Off the road for the summer, Chic Gamine has been enjoying some well-deserved home time, while simultaneously gearing-up for the release and touring. Time to start counting the days until Light A Match drops everywhere!