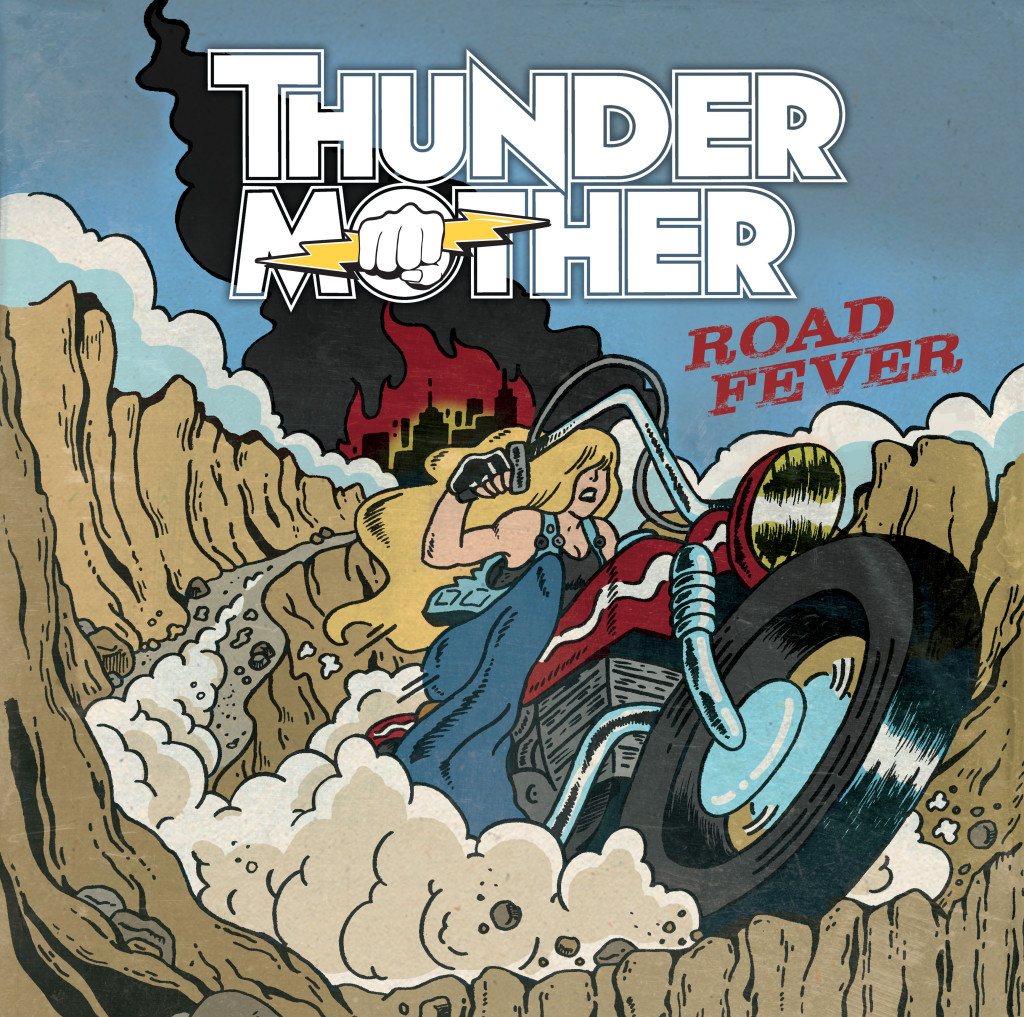 Road Fever is old school; oozing classic-rock vibes. However, if it weren’t for Cunningham’s raspy and convincing vocals, many of the tracks would come quite close to falling into 80’s hair band turf. Although the tenacity of the group can be admired, the sheer similarity of every single track causes the album to become blurred and indistinguishable after the first few songs. You can’t help but feel bad for Nässil’s fingers; they’re sure to be sore after the ambitious guitar solo she seems to take at every available opportunity.

Opening track “It’s Just a Tease” is arguably the most impressive effort off of the album. It’s sexy, impossibly catchy and shouts “femme fatale” from the rooftops. Same deal with “FFWF”; it’s a highly danceable track, with a jolting, anthemic hook. However, “Rock n Roll Sisterhood” sounds like something that might be in a Disney Channel teen movie, featuring lyrics that one might sing along to at a sleepover, such as “Sisters stick together/Makin’ rock and roll forever”.

One thing can be said for sure about Road Fever, and that’s the fact that the album never slows down for a second. It’s nonstop head-banging and infusions of high-voltage energy. So, if you’re hoping for a reprise from heavy metal riffing and rapacious vocals, unfortunately you might want to spread your bets elsewhere. Thundermother slows down for no man.