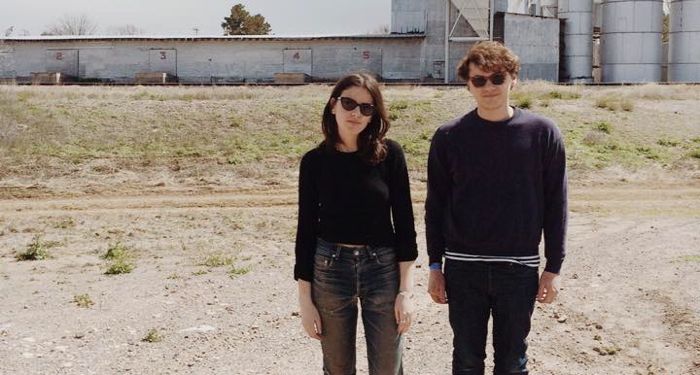 What music genre are New York duo Jack + Eliza? Just that thought alone is considered a laughable notion to the group who list “hahhaha” under the genre category on their official Facebook page. And it is clear upon listening to the recently released debut album Gentle Warnings, that one gets the sense that Jack + Eliza span genres.

The album opens up with an extended ambient musical introduction on “One Too Far” before the duo breaks into breathtaking and pitch perfect harmonies that they are known for. It is full of lush vocals and dreamy melodies that perfectly set up the dynamic and balance that awaits listeners. The first half of the album is where the real strength of Gentle Warnings is found. “Oh No” is an upbeat tune with a sunny sound, but even though the track is a toe tapper there is an undercurrent of melancholy found throughout with lyrics such as “do you want to try anymore?” Also of note is “Diamonds” which is a haunting work of art and, like much of the album, feels like one enormous dream you don’t want to end anytime soon. “Secrets” once again returns listeners to a bit more chipper tune, that brings to mind the modern retro sensibilities of She & Him. But while She & Him work trading off vocals, Jack + Eliza work best when their voices come together or overlap each other.

The breakout single “Quarter Past the Hour” is not only the leading single off Gentle Warnings, but also the duo’s finest moment. It’s the type of song that moves your soul, especially at the peak of the chorus when Jack + Eliza croon in The Mamas and Papas, “Monday, Monday” fashion “I guess I don’t have time/hold me, baby, up/Quarter past the hour/and my body’s closed.” Shut your eyes and just drift off with the track and you’ll find all your cares drifting away with it.

The back half of the album loses its way slightly on songs like “Circle Meets the Line” and bonus track “White Satin,” becoming less distinct, starting to melt into each other. However, the back to back combination of “Hold the Line,” which has the catchiest chorus on the entire LP, and “Backwards Shirt” help to strengthen the overall appeal of Gentle Warnings. Even at their less than stellar moments, Jack + Eliza never disappoint to deliver ethereal music that leaves a timeless mark on the current music scene.

Alternative. Folk. Pop. Indie. Call it what you like, call it nothing at all, but there is no mistake that Gentle Warnings is a stunning debut.