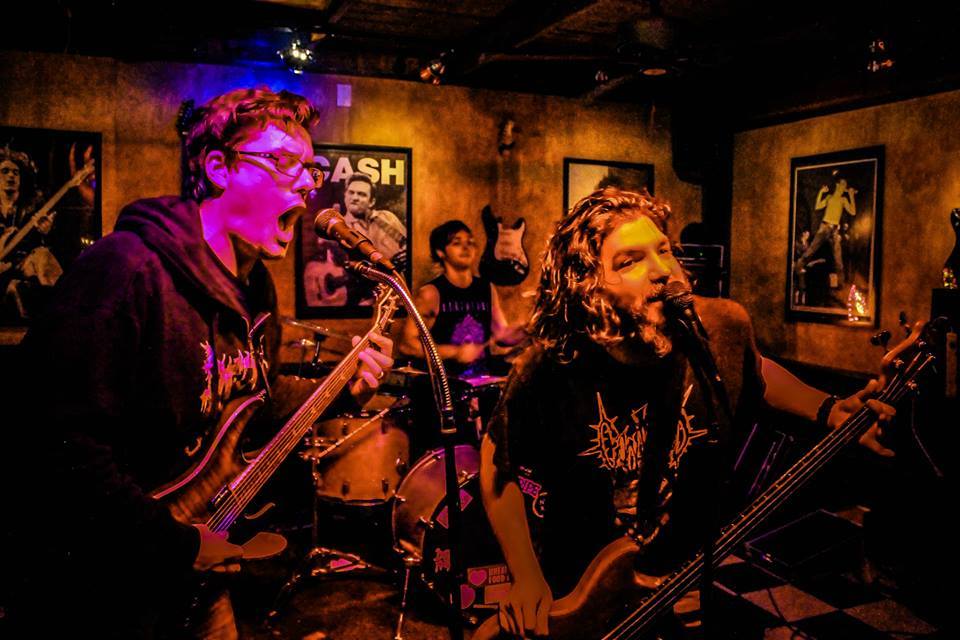 It’s time for some filthy rock ‘n’ roll, and when I say filthy, I mean trawled through the blackened murky waters of Texas. Black ‘n’rollers Death Motif have dished the dirt on their second EP. The Water drags the listener to further depths than their début A Filthy Crown.

“Our process is heavily collaborative. We write music very particularly to sound as angular and ugly and dissonant as possible while retaining the qualities of what might be referred to as “conventional songwriting” whenever possible,” says guitarist Andy Bonney. It pays off in songs like the opening title track, where dissonance plays a hefty role in the riff structure, but without slipping into the realm of noise. “We take special care to incorporate as many elements of our differing tastes as possible.”

The lyrics are also a mystery, slightly unfolded by this revealing quote: “We focus on narratives

about death, sadness, and darkness, often pulled from real life examples.” For example, “His and Hers” is based loosely on the murder of a high school friend of Andy’s that happened last year.

The new EP was recorded by Paul White, whose credits include the live Nautkicker release, at The Fathom Tree in their hometown of Austin. “Paul really bent over backwards to help us get the record finished. Paul rules.”

The tracklisting is as follows:
1. The Water
2. His And Hers
3. Slow Dance

Bio:
Death Motif are a dirty black ‘n’ roll band from Austin, Texas, who formed in the tail end of 2012 with Ryan Chamberlain from Lions Of Tsavo, who recorded and mixed their début EP. Since then they’ve been on a steady rise through the scene, playing shows with Primitive Man and an upcoming show with Today Is The Day and Abigail Williams. Their second EP, The Water, is just around the corner, recorded at Studio 57 and with Paul White of The Fathom Tree at the mixing helm, and Donner Maldonado engineering it. Things are looking bright for Death Motif, despite the murky half-light in which their music revels.