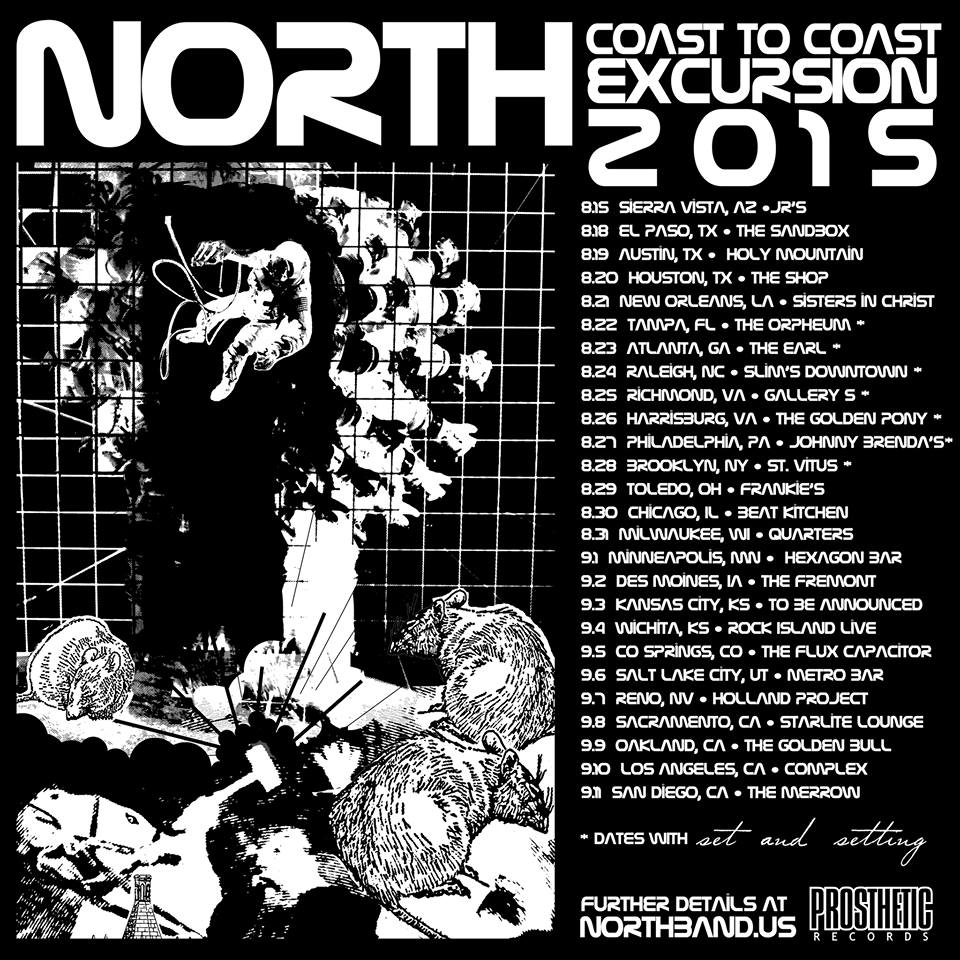 Since signing with Prosthetic Records, the Tucson-based sludge trio NORTH have continued to show their steadfast commitment to touring via a relentless live itinerary. True to form, the band, who were last seen completing a West Coast jaunt throughout June with support from Secrets of the Sky and Cold Blue Mountain, will soon embark on a coast-to-coast headlining run. NORTH will kick off the tour with a hometown gig at Sky Bar with Primitive Man on Aug. 10 and then proceed to head east to Florida, where they’ll team with label mates Set and Setting for several dates before making their way back west. Full dates can be found below.

While NORTH have been steadfastly working on their full-length Prosthetic debut, the band have hinted that new material in some form will be arriving shortly. Stay tuned for more details on the band’s Facebook page HERE. In the meantime, don’t forget to grab a copy of the band’s newly reissued 2006 debut “Siberia” and their 2014 EP “Metanoia”. The releases have been combined onto a single 12-track CD featuring reversible artwork, in addition to being offered separately on limited-editon, hand-screened and hand-numbered colored vinyl.

Get yours today at store.prostheticrecords.com/bands/north!

Consisting of vocalist/bassist Evan Leek, guitarist Matthew Mutterperl and drummer Zack Hansen, NORTH have released four acclaimed EPs and two well-received full-lengths over the past 10 years in addition to performing alongside acts including Deafheaven, Intronaut, Pelican, Neurosis, Red Fang, Rosetta, Adai, Weedeater, This Will Destroy You, Caspian, Cough, He Whose Ox Is Gored, Alcest and Subrosa.