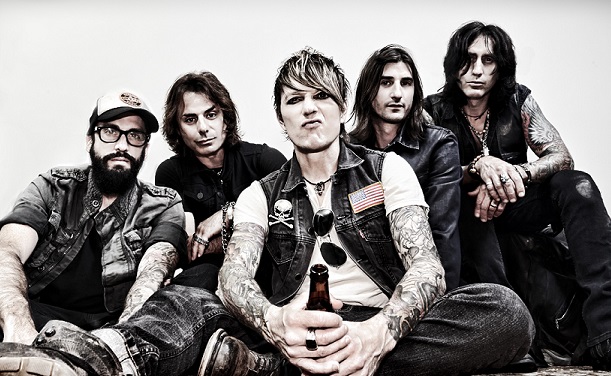 Armed with their third album ‘Battles‘, Baltimore’s own Charm City Devils are battle tested and ready to have their bluesy, Southern-tinged hard rock anthems heard by the masses. Today, Revolver gives us an exclusive of the group’s new single “Shots”.

Scheduled for release on September 23rd via The End Records/ADA, the band’s forthcoming album promises to delight fans with the return of Grammy-winning producer Skidd Mills (Saving Abel, Egypt Central, 12 Stones), who also spearheaded production duties for the group’s 2012 sophomore release, Sins, which spawned the hit single “Man Of Constant Sorrow”, landing them a #20 position on the Hot Mainstream Rock Tracks chart.

Frontman John Allen elaborates, “Working with Skidd was a no-brainer really! He manned the board for our highest charting single and always gets the sweetest tones! Plus, he’s a good, down to earth dude, he’s one of us. We are so excited about our new relationship with The End and ADA! We are looking forward to great things with our new label partners!”

In preparation for the release, fans can expect to see the band returning to the road this July with Slash and The Winery Dogs. More dates to be announced soon!

Stephen Vicino is the founder of MusicExistence.com. He created this site to give talented musicians a voice and a way to be discovered.
@@svicino
Previous Abandon Kansas To Tour Midwest | New Track “Slow it Down”
Next HALSEY SIGNS TO ASTRALWERKS WITH DEBUT SINGLE “GHOST” OUT TODAY