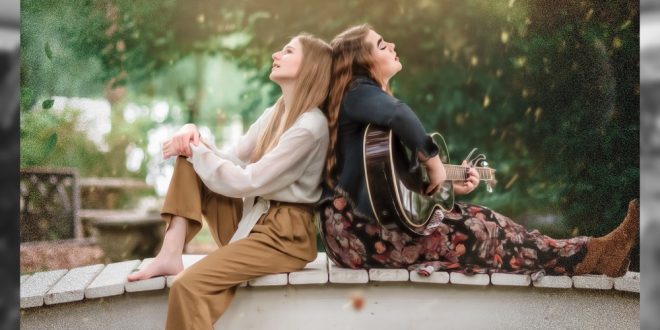 Sisters J’s all-new song “Clearly” might not have been designed to reshape pop music as we know it within this duo’s scene, but that’s exactly what it feels like it has the potential to do. Coming out of a rather muted music scene, Sisters J has had to face some pretty serious competition in their ascent from obscurity to widespread exposure, but this season they’ve shown critics and audiences alike that their music has the chops to stand the test of time if given the right audience to carry it forth. Pop music is at an apex in its long and storied history, and right now we’re getting an idea of who the heavyweights are going to be in the next decade with the culmination of this year’s hot indie works. I didn’t know much about them before this single, but now I’m a firm believer that Sisters J belongs in the big conversation.

“Clearly,” in some ways, has got a little bit over everything. There’s of course the self-explanatory groove, the romantically charged lyrical context, a smoky dirge that goes unchecked within the instrumental faceting, and the stunning tone of the lead vocal, which features a presence that is guaranteed to get stuck in your head for days on end. I thought the arrangement of the verses in this particular setting made the song so much more cinematic and colorful to listen to in a single sitting. It shouldn’t come as a surprise to anyone that Sisters J is getting accolades for the credentials they present in the studio, and they demonstrate some of those skills excellently here. Clearly Sisters J is moving in the right direction with the musical direction  and talent of Ted “Theo” Perlman.

This lead vocal is downright intrepid, and the way that it harmonizes so brilliantly with the rest of the music is nothing short of magical. Casual music fans are frequently dismissive of the duo format in contemporary pop music, but what Sisters J do transcends the common narrative completely and takes the concept of melody to an entirely new level. They’re evenly matched, and it never feels like either one of them is trying to steal the show from the other one. I suppose you could call this democratic pop, and at least structurally it would live up to the title.

Some of my favorite records, from Zen Arcade to The Score, have been criminally misunderstood due to the terrible marketing of the bands behind their creation. What I love about Sisters J is that they just don’t seem to care about that side of the business, their focus lies exclusively on getting it right in the studio when they’ve got something to say to us, even if it means breaking a ton of rules along the way and trying out concepts that other musicians wouldn’t dare to experiment with. You could sell this song with no cover and no background information about the artists who wrote them and it would be as prolifically spellbinding as it is in this current form, and that is something beyond special – it’s too rare to be ignored.