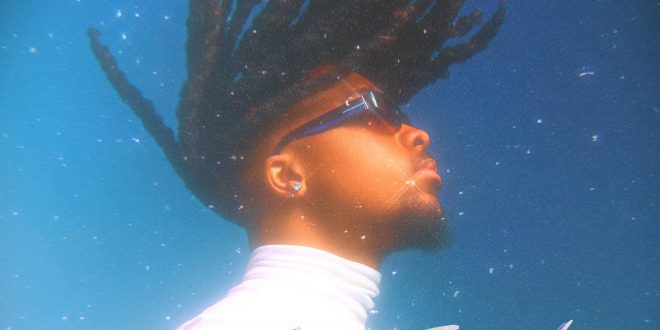 Jru Anthony’s funky and rhythmic Life For Now LP was released on September 23. The collection is full of psychedelic soul and genre-jumping vibes. All the tracks were written, performed, and self-produced by the 19-year-old Washington, D.C.-born and raised artist.

Reflecting back to creating “97 Chevy” Jru said, “When I made this track, I was really just inspired by a real-life situation I was going through. I felt like I needed a song to really say how I felt and lay it all out there for this girl. Needless to say, it worked out. At least for a little while.”

Watch the video for “97 Chevy” https://youtu.be/2OE2gvKzsSU

Life For Now is a strikingly mature album from an artist yet to enter his twenties. Throughout the set of songs Jru explores the emotional highs and lows of life and relationships. Fresh Hop-Hop & RnB calls it “Diamonds In The Rough.”

Jru – pronounced Drew – grew up in a musical household, but it was his phone that got him interested in creating his own sounds. He got a phone in seventh grade and used YouTube beats to craft compositions. When his father, DC Go-Go band leader Frank “Scooby” Sirius (The Chuck Brown Band, Sirius Company), let Jru use his computer, it was like a new world opened up. Jru started producing original compositions. “It was fun, and it was a good way to get my thoughts and feelings out onto something that I could go back to later and connect with,” Jru explains

Stephen Vicino is the founder of MusicExistence.com. He created this site to give talented musicians a voice and a way to be discovered.
@@svicino
Previous Interview: The Moon City Masters discuss upcoming album, The Famous Moon City Masters
Next LOS ANGELES ROCK BAND DESERT DRAGON TO RELEASE NEW ALBUM THIS SIDE OF HEAVEN OUT ON NOVEMBER 11 THE FIRST WITH VOCALIST KEITH ST. JOHN (MONTROSE, LYNCH MOB)