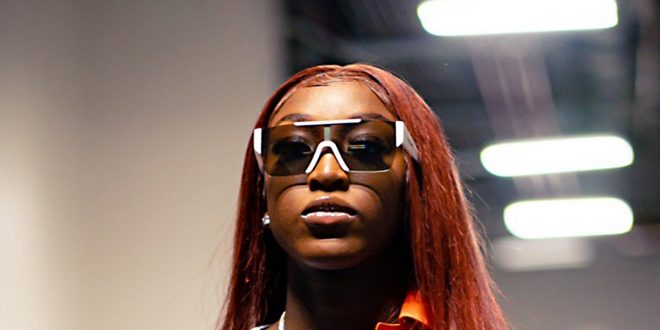 A smart hook can and usually is the basis for a quality rap single, but in 2022, the rules don’t mean as much as they did to previous generations – other than to provide a blueprint for what to break. Flau’jae has a lot of respect for the old school as demonstrated in the rhythmic feel of her new single “I Can’t Break,” but when it comes to cosmetic schemes and the substance of her songcraft, everything about this artist is rooted in the 21st century and well removed from the rather fundamental componentry of a prehistoric hip-hop genre.

The main harmony in this single is surprisingly muscular for what it’s up against on the vocal front, but so long as the drums stay out of Flau’jae’s way, there’s no need to fear an epic collision. With the kind of precision this rapper has, it’s rather surprising she hasn’t already claimed a spot in the mainstream, but her rejection of mundanities certainly gives us a bit of clarity on that front. She wants to be known for her unsophisticated attack and not the clothes she’s wearing in a music video, which is far more commendable than what a lot of her peers are doing elsewhere in the underground right now.

Flau’jae doesn’t just want to make good hip-hop – she’s out to prove that being physical with a hook or a beat isn’t just an element of the boy’s club in her genre. There’s something very pushy about what she does in “I Can’t Break,” and it’s exhilarating not only because of who is providing the force but the manner in which she’s choosing to do it. In an age that needs more bossy women in the hip-hop market, this is an artist I think we need to be paying a lot more attention to.