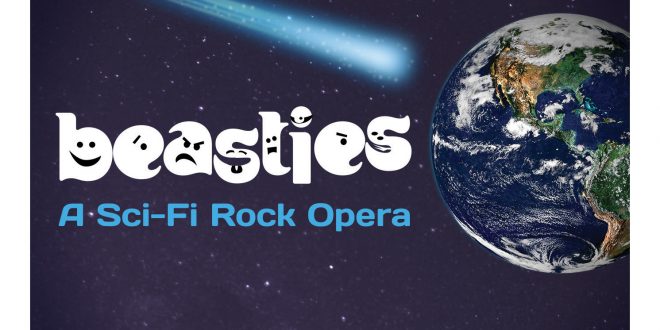 You cannot claim that Gary Sohmers is aiming low. The collaborative work on the new concept album Beasties: A Sci-Fi Rock Opera is a bit of delightful madness for the 2022 music world, a release flying in the face of fashion and following its own path. Sohmers recruited an eclectic cast of singers and musicians to bring their vision of rock music, otherworldly forces, and love uniting to usher in ecological Utopia and its idealism never wearies you. Many listeners are going to hear it as welcome and entertaining fare in an increasingly dark and troubled world.

Perhaps that’s what the composers hoped for. Sohmer is canny enough to realize the value of introducing this broad conceptual work to their audience piecemeal rather than in one stroke. The three-song teaser EP we’re reviewing presents potential listeners with a trio of sides from the work, a presumably representative sample of what awaits listeners from the longer whole. “Even the Cool Succumb” is smartly written rock for music theatre and has a bright pop gleam. The larger context of the piece and that aforementioned gleam never weaken the song’s punch, thankfully.

Utilizing multiple singers here and elsewhere could backfire. Listeners are rarely tolerant of music brimming with changes, a piece such as this necessitates such a direction, but the song’s shifts in texture and point of view are well paced. The confidence emanating from this performance is unmistakable and it helps drive misgivings about the work further into the distance.

“Good Old Friend” keeps the musical energy level high, if not higher, while introducing listeners to assorted new twists in the story and character development. It is difficult evaluating these songs divorced from the larger opera. They do open themselves to listeners, however, the material is anything but remote, and the highly charged atmosphere of this song rates as one of the EP’s highlights.

“Stand Up and Be Counted” is engaging, albeit in a different way. The quasi-march tempo of the cut isn’t ever over-exaggerated, fortunately. It keeps a crisp pace, however, often leaning in a strictly martial direction, and it accentuates the carnivalesque demeanor of the song. It’s another of what perhaps might be many different songwriting faces we see/hear over the course of Beasties and it’s as dramatically convincing as its predecessors.

It’s a monumentally ambitious work, especially considering the tenor of the times, but not aggressively so. The earnestness of its intentions redeems any meaningful self-indulgence or ego tripping during the course of these three songs and listeners can only assume the same song-first artistic sensibility governs the opera in full. It sounds like a safe bet,

Beasties: A Sci-Fi Rock Opera doesn’t lack for the offbeat and fun. The authors didn’t settle on some boring riff on the past but rather a personable, message-driven, and musically diverse release poised to be one you can revisit multiple times. It’s easily one of the most promising pieces of musical theatre emerging in the last 5-10 years and deserves a wide audience. 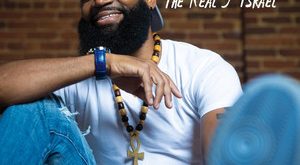 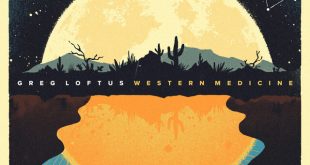