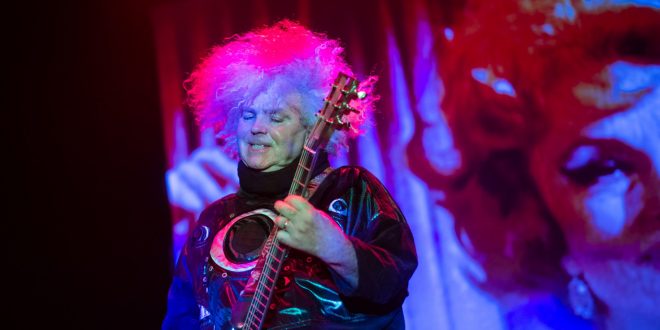 Melvins, who set sail for “The Electric Roach Tour” on June 14, have announced the next wave of dates in what’s proving to be a gargantuan slate of 2022 shows, with “The Five Legged Tour” offering U.S. fans an additional 43 opportunities to take in one of the seminal band’s live performances.

Buzz Osborne says: “Nationwide once again! Nothing like touring the USA in the fall. Everyone’s a winner!”

Not to be confused with the band’s recent acoustic collection of a similar name (Five Legged Dog), the electrified trek kicks off Sept. 5 in San Francisco and wraps up with a special outing at The Halloween Freakout, a one-off, Los Angeles based festival (more details to be announced soon). Tickets for the seven-plus week tour are on-sale this Friday at 10 am local time. We Are The Asteroid open on all dates.

The Melvins released two albums in 2021: Working With God, a newly recorded album featuring the band’s 1983 iteration (Osborne, Dale Crover and original drummer Mike Dillard), as well as the a 36-song acoustic collection, Five Legged Dog, which features a career-spanning collection of songs, from 1987’s Gluey Porch Treatments to 2017’s A Walk With Love & Death.