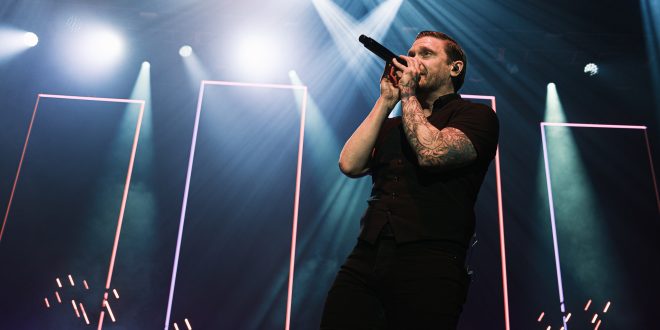 Multi-platinum band Shinedown have released their soaring and poignant anthem “Daylight.” Offering an assurance that you are never alone, the single’s meaningful portrait of a vital human connection reflects the importance of our relationships and the people in our lives whose support and empathy help get us through to the next day.

Check out the first look and interview with front man Brent Smith via PEOPLE. “This is about the human condition. We’ve got to live, and we’ve got to live with one another. And that should be something that is celebrated and not tolerated. That’s what ‘Daylight’ really represents. It’s our humanity. It’s an understanding that we’re all on this planet together, and we’ve got to figure out ways to take care of one another. A lot of times, it may just be asking someone ‘are you okay?’ because you could potentially save someone’s life just by asking. We can’t lose our empathy and courage towards each other, or our willingness to pick someone up if you see them on their knees, because there’s gonna be a moment in time when you need someone to pick you up,” says Brent.

“Daylight” is the latest addition to a catalog that has earned Shinedown recognition for their timely and relevant messages behind their chart-topping hits that resonate with not only their global audience and the rock community, but the greater public and our culture at large. With more than 6.5 billion global streams, the record for the most mainstream rock #1 hits ever, platinum or gold certification for all their albums, and major media praise, Shinedown has cemented their status as one of the most vital and forward-thinking powerhouses in music.