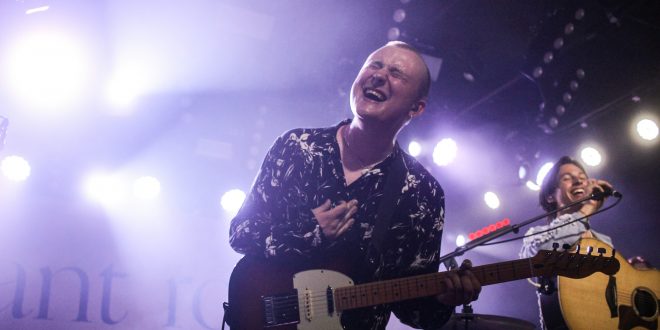 Editor’s Note: German indie rockers Giant Rooks are one of those rare international bands who had an audience in the US before ever playing a single headline show on North American soil. After releasing EPs in 2015, 2017, and 2019, the five piece group dropped their debut LP, Rookery, in August of 2020. Their cover of the Suzanne Vega classic “Tom’s Diner” put them on the international map and at present time sits at over 110,000,000 streams on Spotify. After supporting Milky Chance on their North American tour last fall, Giant Rooks are currently on their first headline tour of the US, last night they played at Teragram Ballroon in LA where Ashton Carr was able to catch the show, check out their photos below.