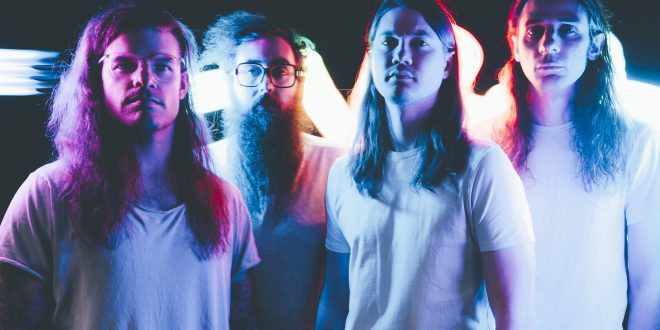 Astronoid have released a third, and final preview of their forthcoming album, Radiant Bloom (June 3, 3DOT Recordings), with the arrival of “Human.”

The Boston-based band previously previewed the nine-song collection with the release of “Eyes” and “Sleep Whisper.” Brooklyn Vegan said the music “seamlessly pulls together elements of dream pop, post-hardcore, metal and more,” while Metal Injection added “all of the spacious sounds of the first two Astronoid records and ramps things up with a solid, straightforward rock feel.”

Radiant Bloom pre-orders, which include two limited-edition vinyl variants that mimic the album artwork, are available now (https://store.astronoidband.com). The self-produced album is also available on cassette and CD.