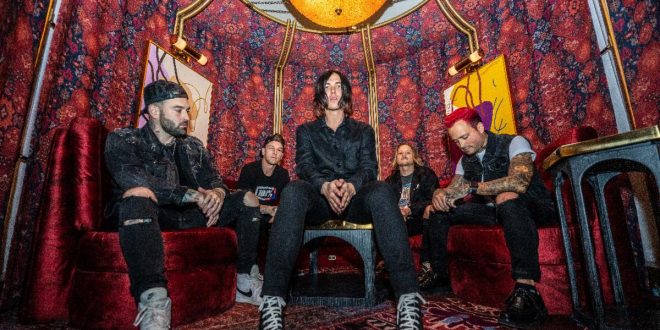 Florida’s Sleeping With Sirens have today announced their Ctrl + Alt + Del Tour this summer with Don Broco, Point North, and Garzi as support. Each stop on the tour will have limited availability of exclusive pre-show Sleeping With Sirens VIP experience packages which include one premium reserved or general admission ticket, an intimate acoustic performance, Q&A, group photo, and exclusive VIP merch.

Prior to today’s news, the band most recently released their track “Bloody Knuckles”, their first original release since their 2019 smash-hit album ‘How It Feels To Be Lost’. For tour ticket information click HERE, click HERE for VIP package info.