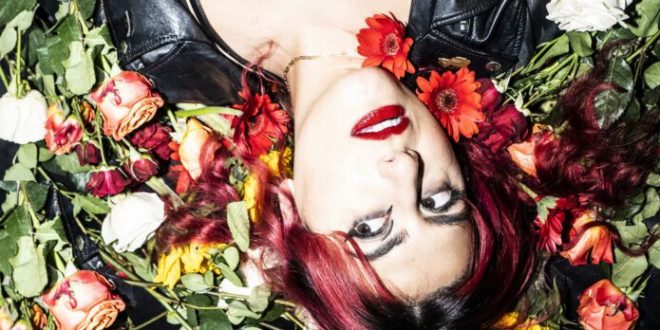 Los Angeles-based singer/songwriter Taleen Kali is back with “Flower of Life,” the titular single for her upcoming debut solo album. This single follows her sophomore EP release, Songs for Meditation, an impromptu sound bath, which was put out late last year and continues to receive critical praise. Considering her approach as a whole, Kali’s penchant for riot grrrl-inspired riffs and shoegaze textures is an essential draw when factored into her and her band’s expansion thus far.

“Flower of Life” launches into a punky up-tempo foundation, complemented by a whirlwind of reverb and overdriven mass of guitars. The functionality of the chemistry between band members is what gives this combination an impressive sense of clarity, where nuances in the both the rhythm and lead components are both understood and enjoyable. Kali’s smooth, bright vocal delivery is refreshing, and functions as the piece that solidifies this involvement. Considering what Kali and company have done up to this point, there is serious potential here for how this approach would translate in a full-length setting.

I come from a family who is passionate about all things music. I learned to sing at an early age, and by 13, had my very own Fender Strat guitar. I tried my hardest at learning all that I could. Because I was born with cerebral palsy, I had to teach myself an adaptive playing style. I learned to write and record my own music, despite these difficulties. In college, I started making great use of my writing abilities by reviewing music, as well as copy editing. I guess it's best to stick with what you know, while welcoming a fair challenge at the same time.
Previous Jay Vinchi: The Multi-Genre Evolution Update
Next Bramses Xalyxys Drops His Fantasy-Filled EP, “Mysterious Warrior”