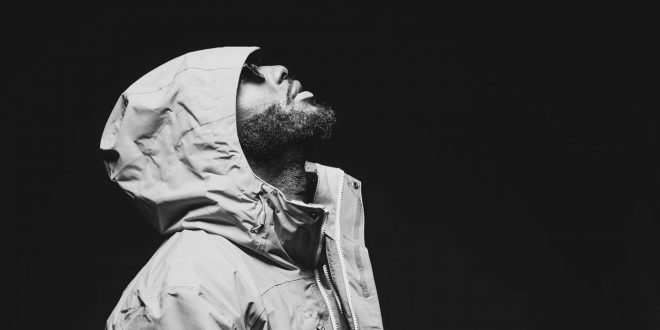 There’s a lot of multidimensionality in hip-hop when it comes to songwriting at the moment, but few of the indie players I’ve listened to in the past year have been able to bring the same kind of heat to their performance as they can the studio. “Peace,” the new single from one Goodfella Uno, is a rare exception, in that it takes a fluid rap framework and presents us with something as melodically poppy as it is accessible to the diehard hip-hop fan. There’s no such thing as a perfect single, but this track is definitely one of the more balanced of its kind to debut in a while.

Charisma starts with the tone of this player’s vocal, and “Peace” gives him an amazing opportunity to shape a narrative with so much more than tempo and rhyming alone. There’s a harmony that’s nudging the mood of the music forward seemingly one verse at a time, and it’s doing more to give us some emotional context to these lyrics than a beat ever could. This isn’t to discount the instrumental setup for this track, but instead to give credit where credit is due – to Goodfella Uno, whose personality is responsible for breathing vitality into this performance.

The mixing here benefits the natural flow this rapper has at all times, and it fails to embellish the hook in the same way that some of the more plasticized hip-hop I’ve listened to in recent months has. Rather than using the studio to fake something, Goodfella Uno is instead giving us a defined exhibition of who he is as an artist, and “Peace” serves as an awesome statement piece in this regard. The frills don’t appear to matter to this player; to him, it’s about the medium and how he can use it to communicate with us.

This bassline has a nice crisp feel, which is a lot better than the over-the-top sound that some of Goodfella Uno’s contemporaries would have employed. There’s not much worse in a quality hip-hop single than a protruding bass component that would much better cut in half, and it’s obvious to me that this is a player who places great value on efficiency. If he doesn’t need something worked into the construction of a song, he’s leaving it on the sidelines as he should, which is more than can be said for some of the other artists making waves underground right now.

I didn’t know anything about Goodfella Uno before “Peace,” but this is the type of single that will showcase what he can do without presenting the audience with an overly ambitious structure for him to try and fill with bells and whistles. There’s no fat to trim off of this mix, and if we’re getting any sort of real indication as to the kind of music we can expect from this artist in the future within “Peace,” those who would dare to compete with him will need to take note of the rising force growing in their scene.