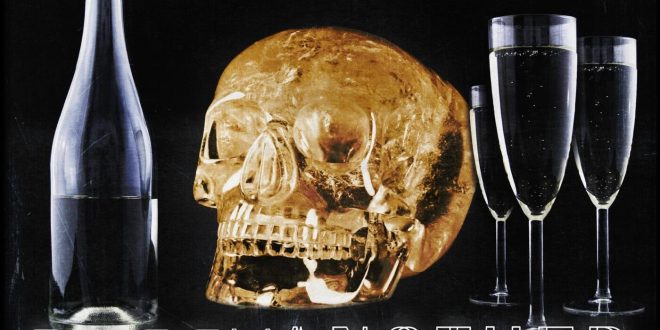 Dood vibes are hard to come by in a lot of the emo-heavy mainstream hip-hop making waves in the past year, but this certainly isn’t the case with the new video for Country Goldd & Spyder Raw’s “Pass Me Another Drink.” As the title of the single implies, this duo wants to embrace the libations that come with a life of leisure in this track, establishing a committed groove right out of the gate that sticks with us for the duration of the song. Although “Pass Me Another Drink” has elements that remind me of mod-2000s party rap, there’s something distinctly modern about these beats that undeniably roots the track in today’s sound.

This rhythm has an amazing sway that Country Goldd follows quite carefully with his verses, and while he could have been more aggressive on the hook, I like that he restrained himself and went with something a little more conservative here. He definitely has the depth to give us more muscle in the climax of “Pass Me Another Drink,” but it’s almost better that he holds back for the sake of the beat sounding that much bigger. This rapper is being selfless in this performance, which takes a lot from someone as talented as he clearly is.

I love a tuned-up vocal as much as the next guy, but there’s something especially intriguing about a track that has as clean a verse as both Country Goldd and Producer Spyder Raw are putting up here. There is no low-end saturation, no layered vocal indulgences that I would expect out of a cloud rapper – this is pretty straightforward and not weighty, which again allows for the fluidity of the instrumentation to be as strong as it is here. These guys aren’t just players in the hip-hop game, but clearly, musicians who care about detail.

The chemistry that Producer Spyder Raw shares with Country Goldd is half the reason why I would tell you to take a peek at the video for “Pass Me Another Drink,” as I think they have something electric in their exchanges. They’re feeding off of each other’s energy, and although I think Country Goldd feels like the main star of the show in a few instances, they’re really not competing for the spotlight here at all. There’s mutual respect, which is something lacking in a lot of pay-to-play collaborations on the charts right now.

“Pass Me Another Drink” is a killer party jam that’s worth slowing down for this February, and despite its carefree titling it happens to feature a pair of the more skillful artists I’ve listened to out of their scene lately. There’s room for more linguistic elaboration, obviously, but that’s not what Country Goldd and Producer Spyder Raw are trying to accomplish with “Pass Me Another Drink” – there’s a time and a place for intellectual rap, but this is storytelling through the rhythm and basic rhyme that once inspired the formation of this genre in the first place.