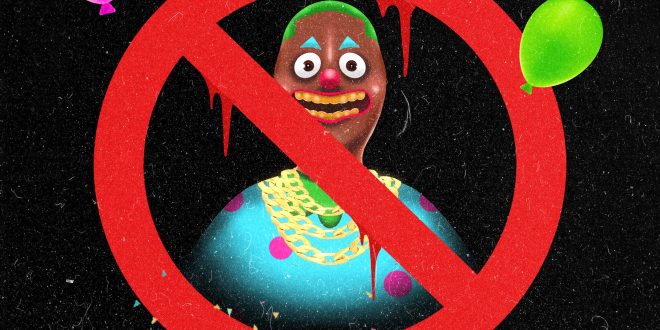 In modern hip-hop, the right hook will make you world-famous, and I think Marc DiNero might have found his in the new single “Don’t Do That,” which features WunTayk Timmy in a collaborative guest role. Although it’s a pretty simple setup, scarcely is there a moment in this song in which DiNero’s vocal doesn’t sound like a beacon of charisma against a darkened, overly-surreal hip-hop narrative in 2022. This is fun, bouncy, funk-style rapping that grabs us with both hands, and it’s arriving at a pivotal moment for the industry this winter.

By mixing a minimalist theme with the production style and a splash of color in the cosmetics of the music video, the visualizer for “Don’t Do That” is reflective of its source material’s structure as well as gripping for the viewer. In most of the new hip-hop videos I’ve been reviewing this year, it’s all or nothing – big cars and stacks of cash or a rapper alone in a room – and I think this might be the first well-balanced piece I’ve seen from an indie artist since the end of 2021. Marc DiNero doesn’t have time for excess, nor the stripped look a lot of his peers are utilizing so liberally.

WunTayk Timmy brings an interesting edge to the verses here that I don’t believe would have been present in a scenario where he wasn’t a featured player, and although there’s no competing with DiNero’s swagger at the front of the mix, the equilibrium that exists within “Don’t Do That” is undeniably a part of the song’s charm. I’ve always been a fan of pop hooks in hip-hop when they develop as consistent a climax as the one we find here, and though there aren’t many successful at this formula, these guys are proving to be much higher than the status quo on all fronts.

The bass in this mix isn’t quite assaulting us with physicality, but it’s still imposing enough to shape the rhythm as much as the percussion ever could. Moderation, they say, is the key to enjoying all things in this life, and the same applies to the aesthetics of a buoyant hip-hop track like this one – the difference between DiNero and some of his less than erudite rivals is that he knows this, and is willing to incorporate such a practice when he’s in the recording studio making fresh beats.

I’m getting some serious radio vibes off of “Don’t Do That,” and if Marc DiNero sticks with this present artistic trajectory, there isn’t a doubt in my mind that we’ll be hearing a lot more of him on the FM dial in the near future. His voice can slice through the tension of a thick bassline or a fat percussive groove like a hot knife through butter, but in this piece, his talents are all the more magnified by the smooth flow of the music. The songwriting caliber of “Don’t Do That” is superb, and I think it’s going to get a lot of accolades this February.