Home / Article / OneSixtyEight’s Brand-New Cut Is Guaranteed To Hit #1 — “You Know What It Is” — Available Online! 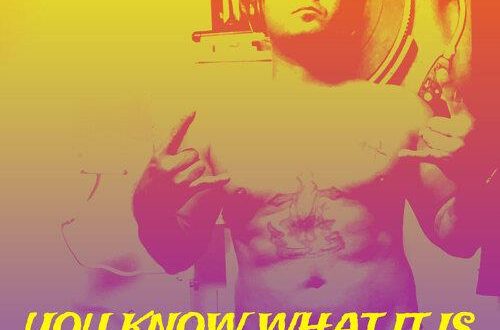 OneSixtyEight’s Brand-New Cut Is Guaranteed To Hit #1 — “You Know What It Is” — Available Online!

After establishing his name in the game with his breakout singles “It Feels So Dark,” “On Da Slab,” and “Do What I Gotta Do” in his debut year releasing cuts as a professional artist, OneSixtyEight returned to finish off 2021 in style with melodic vibes and true finesse spit into the m-i-c – “You Know What It Is.”

Explicit AF, and born gifted with the ability to say exactly what he wants to say, exactly how he wants to say it – “You Know What It Is” reveals the fighting spirit & survival instincts that have had OneSixtyEight thriving as he makes his way to the top. Creating dynamic vibes and serious depth in his fusion between Hip-Hop, Soul, R&B, and straight-up Rap that proves he’s got bars built of pure verbal steel, “You Know What It Is” unapologetically brings ALL that smoke to speakers, with wildly addictive hooks and rhythmic beats designed to shake the walls of the club. Combined with the true grit and undeniable weight in the power and punch OneSixtyEight packs into every syllable he spits, keeping his words raw, relevant & real – “You Know What It Is” is a statement cut to build his legacy on. Proudly reppin’ the 3rd Coast and destined to dominate the charts on a global scale as he surges into 2022 with the momentum of his latest single – OneSixtyEight is a lyrical solider creating music with serious substance & swagger 100% unlike any other.