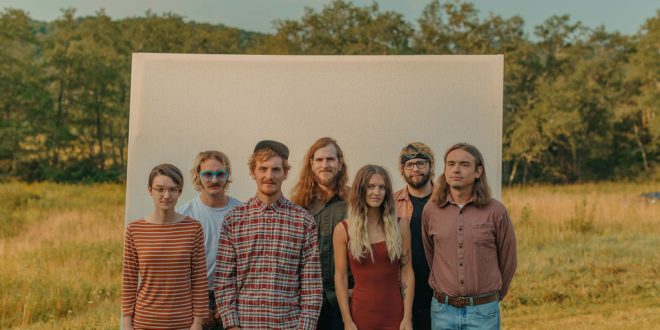 String Machine will probably be playing songs from their upcoming album, Hallelujah Hell Yeah, for the rest of their lives. Out everywhere February 25, it’s a modern, orchestral indie-rock masterpiece, and songs like “Soft Tyranny” are perfect examples of why.

“This song was probably the most challenging to write,” explains vocalist David Beck. “This was me confronting the ways I had expressed certain emotions, and feeling guilty about it.”

Musically, “Soft Tyranny” is a testament to the collaboration of String Machine’s 7 members and their unique inspirations. “The synth lead after the choruses was very much a callback to one of my favorite bands, Motion City Soundtrack,” David says. “There were many moments on this album that we all decided to let our guards down and unashamedly let certain influences in.”

Previous OneSixtyEight’s Brand-New Cut Is Guaranteed To Hit #1 — “You Know What It Is” — Available Online!
Next VINCINT announces rescheduled tour dates