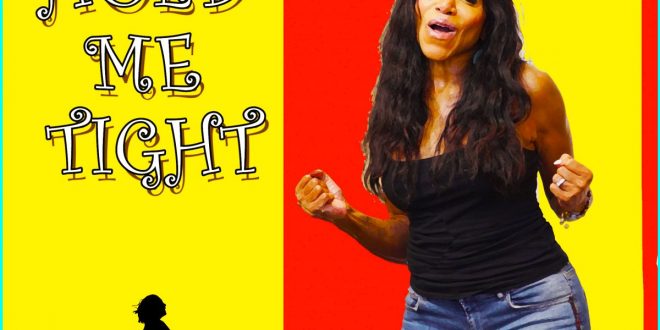 Big melodies are what Sharon Hendrix is becoming known for at this stage of her long and storied career, and in the new single “Hold Me Tight,” she’s celebrating bold melodicism in her most extravagant piece yet. Although mostly structured around her singing, there’s a bittersweet instrumental harmony backing her up in this mix like a lover whispering sweet nothings into our ear. Hendrix has her way with the beat, and by the time we hit the sixty-second mark here, escaping her romantic grasp is rather difficult – if even possible at all.

The music video for “Hold Me Tight” presents intimacy through an evenly paced collection of shots that ultimately encapsulate a feeling of being close and comforted by another without ever having to do anything invasive or over the top theatrically. The aesthetics are simple, and thus we can enjoy the substance of the music we’re listening to rather than the cosmetics of the visual setup alone. There’s not a doubt in my mind that Hendrix was involved in every detail of this piece; had she not been, I don’t think she would be translating as authentically and organically as she does in literally every frame of the video.

“Hold Me Tight” benefits from a lush arrangement of instruments that wraps around us like a warm blanket in the dead of winter, but I think it’s worth pointing out that no one element within the mix sounds overindulgent next to the others. This is an efficiently produced work of pop music, and even withstanding a lot of attitude from the performers in the studio, there’s nothing here spilling out into the margins of the mix. Hendrix knows how to produce tight songcraft, and I think that’s something else she was intent on driving home in this latest offering.

As she transitions from one verse to the next, there seems to be a sensuousness swelling with every move our leading lady is making here and scarcely does it ever feel like the mood is out of her control. She’s commanding its direction – and the greater narrative of the song in general – with her masterfully smooth crooning and the way it shapes everything from the tempo to the subtext of her lyrics, both of which contribute to the massive chills factor “Hold Me Tight” supports. You can deem her music a lot of things, but lacking in intricacies is not among them.

I had a feeling that I was about to be blown away by the talents of Sharon Hendrix all over again in “Hold Me Tight” this January, but little did I expect to be as charmed by the forwardness of her lyrical presence as I was with this single. The music video is a gem all on its own, but in terms of compositional strength, you’re looking at a true goliath of a songwriter in Ms. Hendrix, whose music appears to get just the slightest bit more enrapturing every time I sit down and give it a spin.