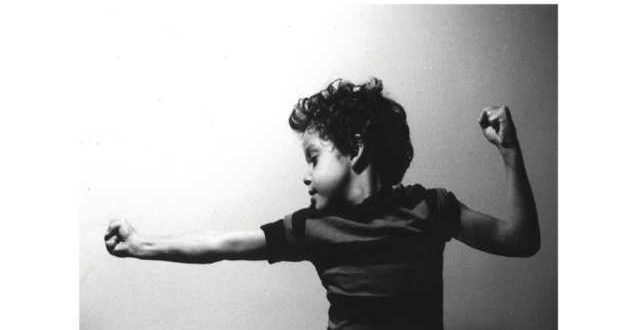 Proving once again they have their pulse on something special, something beyond spectacular, the rock duo MAKAR unleash “I’m Alright”. To the masses, this song might sound like a frayed, frenzied and eccentric release, and it is. But it also possesses strangely comforting and melodic tones that give the listener an instant gratification. Bold and bizarre, MAKAR compliments “I’m Alright” with a trippy, kooky but fun music video. We’re all feeling the heat and the anxiety these days – “I’m Alright” is that outlandish, punk rock reminder that helps us escape.

I’m okay, I’m alright, singer Andrea DeAngelis restlessly infuses across a fuzzy music bed. DeAngelis is joined in the band with husband Mark Purnell. Purnell’s keyboard playing in “I’m Alright” is wholesome and moves the story along. The track is from MAKAR’S full-length,

Fancy Hercules. The album itself is full of tantalizing and riveting stories (much like the deliciously oddball music videos the duo produces).

What appears to be happening in the music and the multimedia approach with Makar is this sense of balance between commercialization and performance art. Being at the center of the crossroads of Wall Street, Broadway and the Metropolitan Museum of Art, these New York indie rockers tear their way to the top of the food chain with punkish riffs and folly vibes. I’m reminded of the fun, the spunk that songs like these give you at a much needed time. I’m reminded, too, of the branch that Makar seems to perch itself upon, sharing the ledge with bands like The Go Gos, Green Day and a nostalgia for The Ramones. They are simply fearless and caught up in the aura of art for art’s sake. And it works.

Knowing that they have the street credit, the indie rock darlings of the world, I rooted for Makar’s overall essence. It’s like walking into a vintage store, all the yellows, the greens, the rust colors – and feeling an overwhelming sense of sunshine and love. They somehow embody this punk world but let in shards of light and optimism. If they were a periodical, Makar would be the homemade kind you used to grab on your way out of the downtown record stores. Someone took the time to make a run to Kinkos and make those music rags.

They champion that guerrilla marketing appeal. Watching the music video, you get a strong sense of the madness that the pandemic has created. It’s actually a very cool thing to have a band like Makar communicate and put to music (and video) that mental journey. There are good days and bad days -and everything in between. “I’m Alright” encompasses those feelings with the boldness of a slick guitar, with a piano playing sidekick. You slip away into their world, get to know them for a few minutes. Something tells me that they are putting on anything for show for the camera – this is them and they are authentically artistic. It doesn’t get any better than that. “I’m Alright” is the jumpstart I needed.