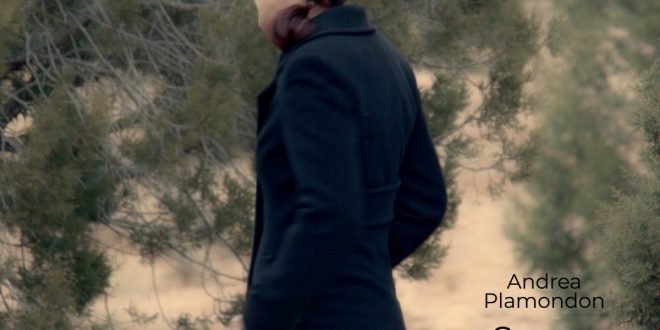 Joining an arrangement fit for a symphony, Andrea Plamondon’s vocal is perhaps the perfect accompaniment to the instrumental wonderment that comprises her new single and music video “Only Eden.” It’s both refined and brooding, comforting and yet searching, providing us with the essence of humanity beside pure sophistication without overstating Plamondon’s abilities all at once. “Only Eden” is a song that is made upon the shoulders of duality, but if there’s one key element to take away from its roughly three-minute running time, it’s the boundless talent of its singer, whose voice is angelic in every way here.

Plamondon’s range quickly becomes one of the most prominent features to behold in this track, but I like that she takes her time working up to full melodic capacity. She’s very gentle with the verses in the beginning, letting the tension culminate behind them whilst giving the instrumentation just enough space to craft an emotional narrative all on its own. This is the kind of composition that requires a lot of patience on both sides, but when we reach the cathartic climax, the wait becomes more than worth it. Pacing is important, and all the more so in a performance as profound as this one attempts to be.

The pastoral backdrop of the music video for “Only Eden” is stunning but not a scene-stealer, suggesting more of a surreal undertow to the lyrics than we might have initially detected. I love the way Plamondon is able to utilize the bucolic imagery as a means of advancing the emotionality she’s putting on the table here, and personally, I think that a lot of her peers could learn a thing or two from the multidimensionality of this latest offering. It speaks to us on multiple levels, which can’t be said for a lot of popular music these days.

True vocal music demands someone with a potent singing voice at the mic, and Andrea Plamondon is someone with the vocal charisma to do just about anything she wants in this business. Ironically, there’s been a steady movement towards a simpler strain of pop music like this on the mainstream level over the past few years, but compared to what a lot of well-bankrolled players have been submitting on this end, Plamondon’s juggernaut of a performance in this single is something that stands on its own just fine – setting the tone, hopefully, for everything soon to come.