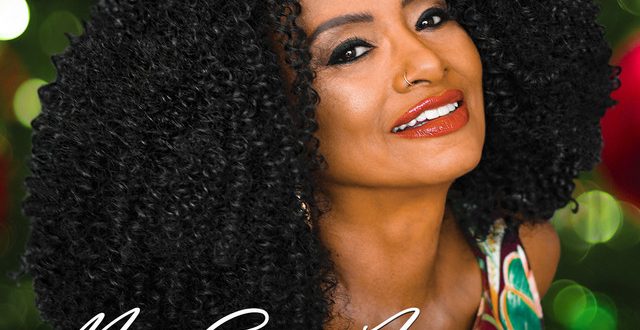 In Linda Peaches Tavani’s music, her vocal is usually the greatest draw, and in this sense, her new single “My Grown Up Christmas List” is no different from anything else she’s recorded to date. What gives this seasonal pop anthem a little additional edge is its humble instrumental arrangement, which provides Tavani with an exceptional backdrop through which her poetic statements can grow even stronger. She comes to the mic with a lot of soul to be shared at the microphone, but what ultimately transpires in this single is a lot more than an exhibition of talent – it’s an expression of affection.

Tavani’s delicate approach adds to the sincerity of the lyricism for sure, and I would even argue that she lends a lot of emotionality to the chorus that wouldn’t have been present here otherwise. Although the lyrics have plenty of heart, I don’t believe they would have stood out from the plethora of quality Christmas lines to come out every winter season had they not been conveyed by a singer of this caliber. She’s capable of accomplishing a lot with a minimalistic foundation, and in “My Grown Up Christmas List,” she proves as much without being particularly cocky about it.

This single and its music video enjoy a terrific production quality, and I get the impression from the polished aspect of this release that Linda Peaches Tavani is not someone who wants to sacrifice any element of her sound just to get something on record store shelves. Even if it requires putting in a little more effort than the competition would, I think she’s willing to go the extra mile to see that her material is produced with the kind of tailored care that all elite pop recordings deserve (but so few are actually afforded).

The beat here allows for every melodic component in the mix to really blossom and give us as much color and oomph as possible, which wouldn’t have been so if Tavani was moving even a notch faster than she is in this track. “My Grown Up Christmas List” feels more like a straight ballad than it does something specifically made for the holiday season from a compositional perspective, and while I don’t think it fails to fill the model of what I generally want out of a Christmas tune, it feels so much more expressive than what most of the music in that unique subgenre of pop tends to be.

“My Grown Up Christmas List” is an amazing listen and a great look for Linda Peaches Tavani, who has yet to really turn in anything less than spectacular since first making her debut. She’s still forging something that’s all her own within her scene, but I think that, with what she’s got here, she’s demonstrating a talent for stepping away from a conventional, easy style she’s comfortable with if it means challenging her aesthetical depth more than most of her contemporaries would be able to handle. I’m giving this my endorsement, and not just because of its full-bodied harmonies.